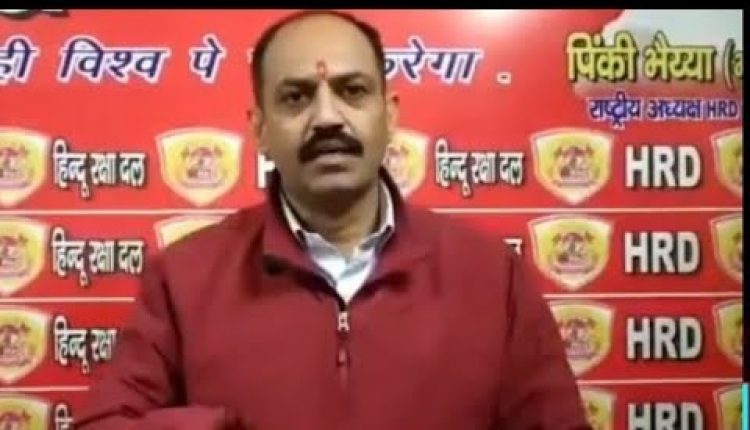 This guy associated with Hindu Raksha Dal has taken responsibility of JNU attack and said that his organisation will keep doing such attacks in future too if people will speak against Hindu religion.

“The university was a center of communist activities. They abuse our religion and our nation. This will not be tolerated,” said Pinki.

“We will continue to carry out such attacks in the future. If our religion and our nation are disregarded, how can we be silent?” he asked.

The Hindu Raksha Dal made headlines in 2014 when he attacked the Aam Aadmi Party (AAP) office in Kaushambi. One of the group’s leaders, Bhupender Tomar, was arrested for allegedly destroying the premises of the party led by Arvind Kejriwal.