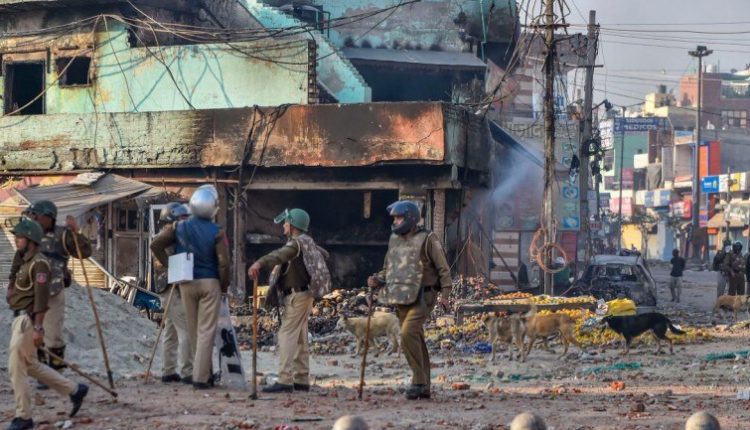 Delhi riots : Security forces have issued a A shoot at sight order (shoot-at-sight) was in force in some areas to control the violence of northeastern Delhi. This is in view of the clashes about the Citizens Amendment Act (CAA) in the city.

As the violence continued to simmer in north east Delhi by the Citizens Amendment Act (CAA). Security forces issued an shoot at sight in affected areas by clashes in the city. This includes several locations, Chand Bagh and Bhajanpura, with stones and other missiles thrown and shops on fire. The SP of the Delhi Police ordered to shoot at sight in the Yamuna Vihar area in Delhi. In the announcement, the SP said that they have imposed curfew in four areas of the northeast district of Delhi. Firing orders were also in place.

There have been romours that the hindu mobs have destroyed a mosque in Ashok vihar area. The delhi police condemned it informed its just a romour. Requested not to spread baseless allegations.

The deputy of the BJP of Delhi, Gautam Gambhir, criticized the leader of thes ame party Kapil Mishra. This was about his provocative speech in the Jaffrabad violent coup. He also said that govt should take strict measures against all those who make such statements.

Kapil mishra statement – why are riots happening in delhi.

BJP leader Kapil Mishra on Sunday gave a three-day ultimatum to the Delhi Police so that the Jaffrabad and Chand Bagh roads. The roads should be free of anti-CAA protesters, said that if they had not made such a statement, “the people it would have turned violent. “

“Three days of ultimatum for the Delhi police, Jaffrabad and Chand Bagh must be cleared, otherwise don’t make us understand, we wouldn’t even listen to you, just three days,” he tweeted.

Police have imposed the curfew in the areas of Maujpur, Jaffrabad, Chand Bagh and Karawal Nagar, in northeast Delhi. Delhi police said on Tuesday that 10 people, including a policeman, have died in the violence in Delhi.