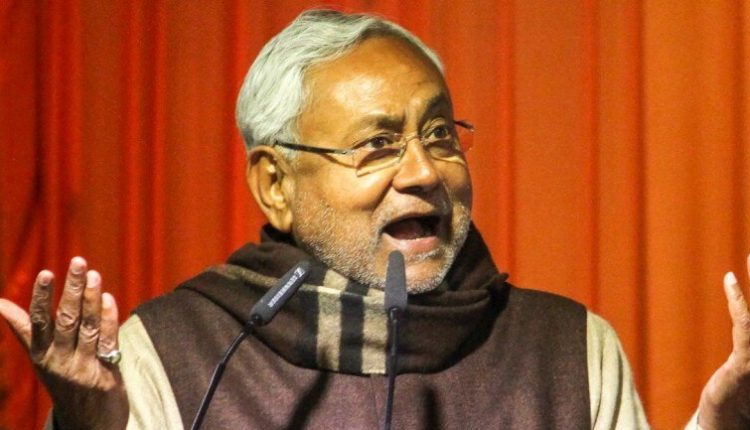 Nitish spoke to party officials at Karyakarta Sammelan in Patnas Gandhi Maidan. Bihar chief minister Nitish Kumar said today. Janata Dal-United will contest the upcoming 2020 general election with the National Democratic Alliance. He also claimed that Alliance could would win 200 seats out of the 243-seat in bihar assembly elections 2020. The JDU first passed a resolution in August 2017 to join the NDA. Nda is led by Prime Minister Narendra Modi’s Bharatiya Janata Party (BJP).

“As for the NPR (National Population Register), it is based on the 2010 format. We also adopted the resolution in the state legislative assembly”. Said Nitish Kumar. His statement comes less than a week. The Bihar assembly unanimously has decided that no national civil register (NRC) is required in the state. However, the same resolution added that the NPR exercise will be conducted. It will be in accordance with the 2010 format.

NPR, an electronic database of ordinary people, was first created in 2010. It is s a record of people who have been in a particular area for the past six months or more. In contrast to the census, it is individual and identity-specific.

On January 29 this year, the ruling party of Bihar JDU chief Nitish Kumar has decided to expel two leaders. National Vice President Prashant Kishor and National Secretary General Pawan Varma. It was after the two were openly against the idea of ​​a nationwide NRC. At the time, party insiders had revealed that Nitish Kumar had warned Prashant Kishor and Pawan Varma. It was against behaving properly or leaving the party. This public split came at a tough time. In conclusion, JDU political opponents like former ally Rashtriya Janata Dal (RJD) were planning statewide campaigns. This is to address issues such as unemployment. The people of Bihar will decide sometime in October this year. Have to see who will to be able to form a government in the state.