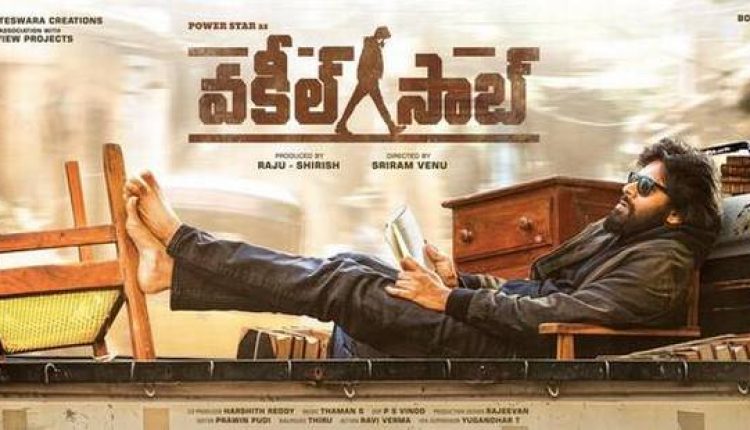 To begin with, Pawan Kalyan’s first glimpse is from his Telugu remake of Pink is Pspk 26. (This done in Tamil as Ajith’s Nerkonda Paarvai). Glimpse has come out in public now.

The poster titled Vakeel Saab shows the actor-politician in the frame, but none of the female characters in the film can be seen.

The Pink movie won the best social film at the 64th National Film Awards, and the Tamil remake Nerkonda Paarvai was also a box office success.

In breif, it is a story of three girls – Minal Arora (Taapsee Pannu), Falak Ali (Kirti Kulhari) and Andrea (Andrea Tariang). They stay together as tenants in a posh place in South Delhi and are normal professionals in their respective fields. One evening, after a rock concert, they accepted an invitation to dinner from Rajveer (Angad Bedi). He is the nephew of a powerful South Delhi politician, and two others at a resort in Surajkund. It is in Faridabad District, Haryana. Rajveer is known to Minal through a mutual friend. Rajveer and his friends drink too much, as does Minal and her friends. To take the opportunity, the three men separate the three girls. Rajveer then tries to harass Minal (Taapsee Pannu) even though she says NO to him. Minal takes a bottle and smashes Rajveer’s eye, causing him to bleed.

However, Rajveer and his friends try to get the girls out of their houses by threatening them. Minal is even kidnapped and harassed by Rajveer’s friends in a moving car. Minal (with the support of her friend) contacts the police. It is to file an FIR against Rajveer and his friends. However, since the officer on duty knows Rajveer and his family, she does not register the complaint. After realizing, Rajveer falsely fires a FIR against the girls and, using his strong contacts, calls them prostitutes. Minal has then charge against her with “attempted murder” and advertising that could convict her for more than 10 years. The other girls are classified as co-accused.

In conclusion, Vakeel Saab is under radar to release on May 15th.