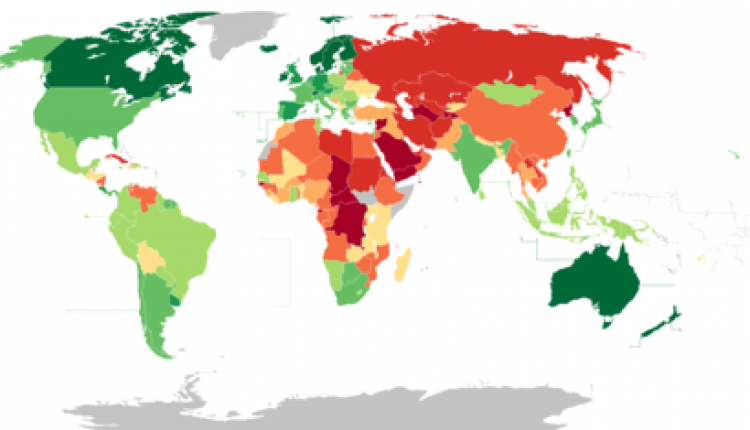 The Democracy Index referred to the changes in Jammu and Kashmir and the controversial implementation of the (NRC) in Assam.

India fell 10 places to 51st in the global Democracy Index ranking, with the survey describing the erosion of civil liberties in the country as the main cause of the democratic setback.

The Democracy Index, created by the Economist Intelligence Unit, the Economist Group’s research and analysis division, provides a snapshot of the global state of democracy in 165 independent states and two territories.

It is based on electoral processes and pluralism, governance, political participation, political culture and civil liberties.

India’s total score on a 0 to 10 scale decreased from 7.23 in 2018 to 6.90 in 2019. In the survey, India was listed among the countries where there were “regressions”. In the Asia and Australia region, India was eighth behind countries such as Timor-Leste, Malaysia and Taiwan.

The Democracy Index described 2019 as a turbulent year for Asian democracies. The biggest change was in Thailand, which scored 1.69 points from 2018 to 6.32, up 38 places, while the introduction of a “fake news” law in Singapore worsened the score led to civil liberties.

The Democracy Index related to the changes in Jammu and Kashmir and the controversial implementation of the National Citizens Register (NRC) in Assam, while describing “democratic return” in India, the world’s largest democracy.

“The Indian government deprived the state of Jammu and Kashmir (J&K) of its special status by abolishing two important constitutional provisions that gave it autonomy,” she said, referring to Article 370 of the Constitution and Article 35A, residents of other states prevented from buying land or real estate in Kashmir.

“Following the repeal of these constitutional provisions and the adoption of a new law to restructure Jammu and Kashmir in 2019, J&K no longer enjoys statehood and is now divided into two union areas: one that retains the name Jammu and Kashmir and Ladakh. “it said.

“Before the move, the government deployed large numbers of troops to J&K, imposed various other security measures, and placed local leaders under house arrest, including those with India-friendly status. The government has also restricted Internet access in the state, ”she added.

The Democracy Index indicated that “registration of citizenship” in Assam “excluded 1.9 million from the final list of the National Register of Citizens (NRC).”

“The new citizenship law has angered the large Muslim population, fueled tensions in the communities, and sparked major protests in the big cities.”