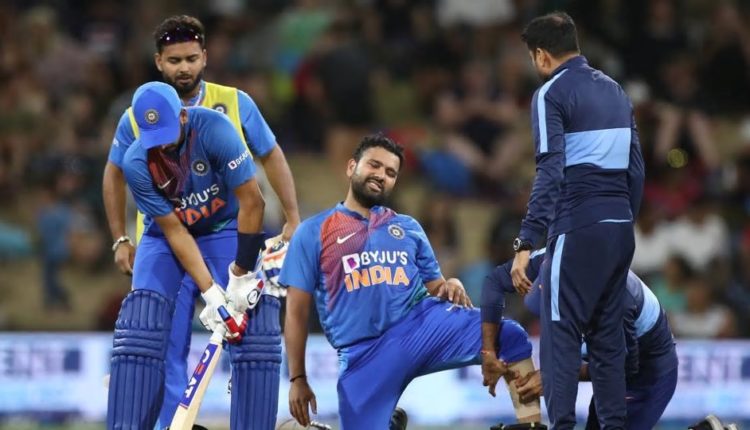 Let us know that the 5th and final match of the T20 series was played between India and New Zealand on Sunday in Mount Maunganui. India won the match by 7 runs and made history by winning the series 5–0. This is the first time that a team has made a clean sweep 5-0 in the T20 series. The team’s regular captain Virat Kohli was rested for this important match and Rohit Sharma took over the captaincy. Rohit played an excellent innings of 60 runs. But he was hurt in the calf during the innings and later had to go off the field. Later he did not even come down for fielding.

Rohit Sharma out of the series further.

We have some sources closely associated with the BCCI that say that they have not considered Rohit into the ODI and Test series. Rohit came out to bat at number three in the final T20 match. After the fifties, Rohit started having muscle cramping problems. When he hit a six, his left calf met an injury and had to be leave the innings in the middle retired hurt. Rohit scored 60 runs in 41 balls which included 3 fours and 3 sixes. The team’s doctors were constantly monitoring his condition, but as of now news is Rohit has not yet recovered from the Calf injury . It will take 4 to 5 weeks for him to recover.

According to our sources, now Management is planning to give a chance to Mayank Agarwal to open the innings in ODI team. At the same time, Prithvi Shaw is already present as an opener in the Test. we have another option for tests. It is KL Rahul, who is in lifetime best form, is also claiming for the Test team.