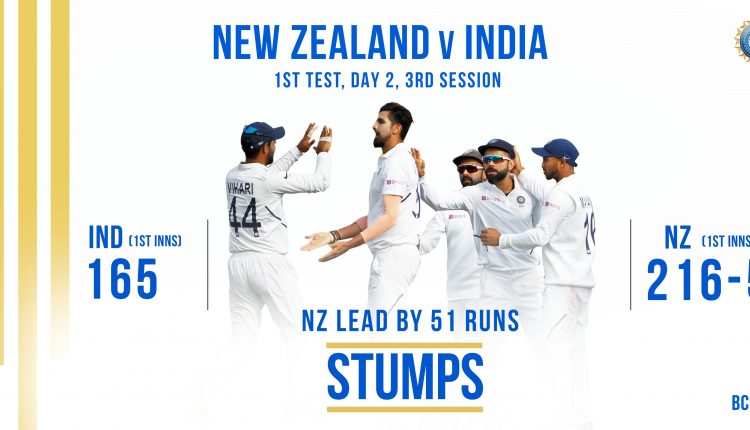 Kane, along with Taylor, who came to bat at this stage, faced the Indian bowlers effectively. Ishant, Bumrah, Shami and Ashwin were testing and the two were playing abstinence. Kane recorded a half century. Ishant then broke the Kiwis again. Taylor out with an extra bounce. Kane-Taylor 93 run partnership ended.

Earlier, India started the second day of the overnight score of 122/5, falling to 165 in the first innings. India added another 43 runs and lost the last five wickets. Shortly after the start of the second day of play, India faced a backlash. Pant (19) was run out due to lack of coordination with Rahane (46). He then departed when Ajaz Patel’s throw hit the wickets. Ravichandran Ashwin then came into the crease and bowled the first ball of Southee. Rahane and Ishant Sharma (5) also walked the pavilion early. However, India were able to score 165 runs with Mohammed Shami (20) Jamieson (4/39) and Tim Southee (4/49) took 8 wickets between both of them.