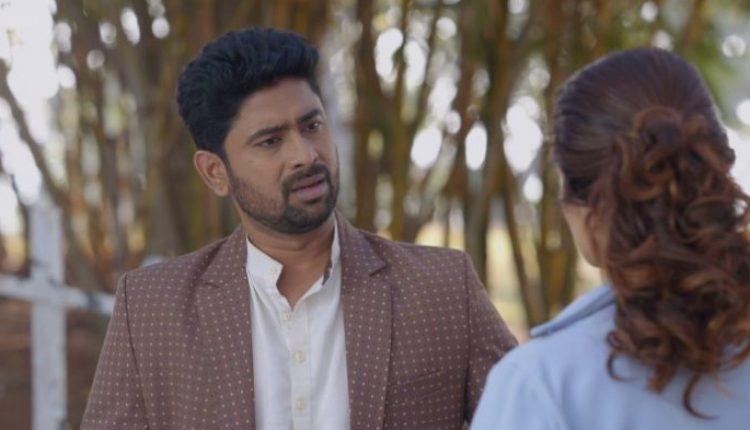 In the next episode, Aliya asks Sanju to leave town for a while, but Sanju replies that if he does, he will lose Prachi to Ranbir.

In the previous episode, Prachi and Ranbir fight while the latter slips on a small puddle of water in the kitchen. Prachi believes Ranbir is blaming her for his fall and gets into a little argument with him that makes everyone in the family laugh. Aliya leaves Sanju when she is certain that Abhi is not following her. Sanju tells them that he knows the reason why they saved him.

In today’s episode of Kumkum Bhagya today, Mira injures herself by sliding down the stairs thinking about Abhi meeting his wife. Abhi takes care of her, but goes with Purab to meet Pragya. Ranbir and Prachi are on their way to their house, where Ranbir prevents Prachi from being hit by a bicycle. Shahana finds Prachi in Ranbir’s arms and realizes that they are in love. Abhi is waiting for Pragya and notices Sanju in the restaurant. Abhi chases Sanju, where Aliya and Rhea watch this on the street. Aliya tries to keep Sanju out of danger if Abhi and Purab don’t look. Kumkum bhagya aaj ka natak romanchak.

In the next episode, Abhi looks around and finds Pragya. He tells Purab that he believes Pragya will not reappear. Pragya goes with Ranbir to the coffee house, the same place where she should meet Abhi. Aliya asks Sanju to go and promises to call him when she needs his help. Sanju says that Ranbir will take Prachi if he leaves. Will Aliya persuade Sanju to leave Prachi’s life? Find out tomorrow. Kumkum Bhagya 27 January video serial on zee anmol.