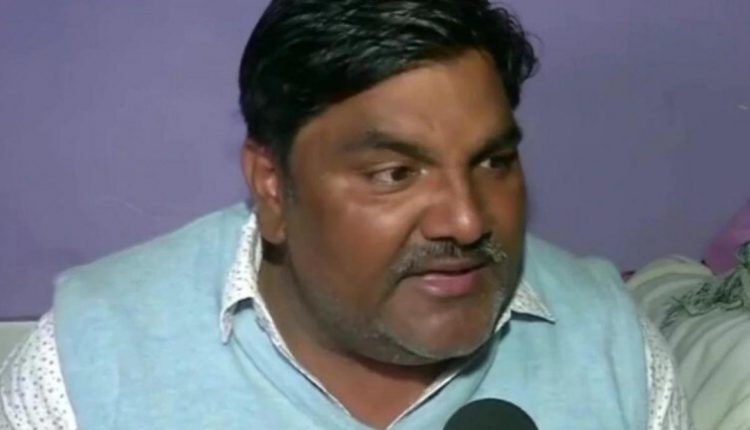 The Delhi Police have sealed the house of Tahir Hussain AAP councellor in New Delhi. They have got some information that Tahir Hussain is behind the Delhi violence, Riots in delhi and CAA clashes. Investigation has begun.

Earlier in the day, Tahir Hussain denied any involvement in the unrest or the murder of an intelligence agency employee Ankit sharma. Today that family accused him of being behind the murder. He also said these were “groundless allegations”.

Tahir called for an impartial investigation into the incident. He said that Police and courts have to take action against the culprits. “It is wrong to target me. I and my family have nothing to do with it,” said Hussain.

Ankit Sharma, 26, who worked for the Intelligence Bureau (IB), disappeared on Tuesday. To everybody’s Shock, Police found his body in a drain near his home in north-east Delhi. It was in Chand Bagh’s haunted area on Wednesday.

His family members claimed that the town council and his staff were behind the murder. Hussain has rejected the allegations.

“I have heard from news that I am held responsible for the murder of a man. These are lies and unfounded accusations. For our safety, my family and I moved away from our house in police presence on Monday,” he said.

AAP senior leader Sanjay Singh said the party’s position remained clear. It is the most severe penalties should be imposed on anyone linked to the spread of violence. He also added that Hussain had made his statement on the matter ,

Delhi CM and AAP chief promises strict action even if the culprit was from AAP.

AAP chief and CM Arvind Kejriwal from Delhi also called for strict action against the perpetrators of the violence. He said “Double the punishment if the perpetrator comes from AAP.”

Thirty-five people have died and more than 200 injured in the clashes in northeastern Delhi. It was three days ago after violence between groups under the Anti and Pro Citizenship (Amendment) Act got out of control.

Jaffrabad, Maujpur, Babarpur, Yamuna Vihar, Bhajanpura, Chand Bagh and Shiv Vihar are among the areas most affected by the unrest.

AAP suspends Tahir Hussain after his name appeared in FIR for murdering IB employee Ankit Sharma. Ankit Sharma’s family named Hussain a suspect after Sharma’s body found in a drain. It was near the AAP councilor’s house in Chand Bagh on Wednesday according to latest updates.

Ankit Sharma’s father, who works for the intelligence agency, has named Aam Aadmi’s party councilor Tahir Hussain in FIR for his kidnapping and murder, a high-ranking police officer in Delhi said Thursday evening. The official informed the Hindustan Times that the Delhi police have registered a FIR following the complaint from the young man’s father, Ravinder Kumar. Right now Hussain was suspended from the party soon after.