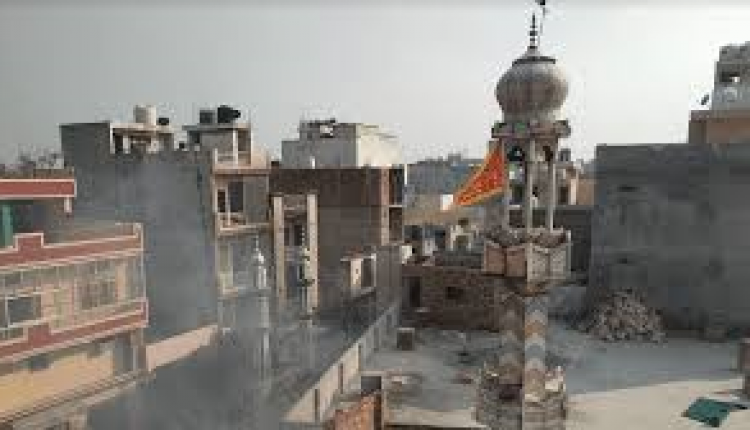 Ashok nagar badi masjid : Among the main trends of Twitter on February 25 were “mosque” and “Rana Ayyub”. The words gained strength after the journalist shared a video of a mafia singing “Jai Shri Ram” and “Hinduon ka Hindustan” planted a saffron flag over a mosque in Delhi. Ayyub then withdrew the video after Tehseen Poonawala claims. It is not related to protests against the Citizens Amendment Act (CAA). Ayyub has published the video again after confirming its authenticity.

Poonawala, in response, attached a statement from DCP North West, Delhi, which says that no mosque has been damaged in the Ashok Vihar area.

It is noteworthy that Poonawalla retweeted the ANI tweet that has more than 8,000 likes. Since then, several users have claimed that Ayyub was circulating false information.

Naomi Barton of The Wire reported that the mosque in question is in Ashok Nagar. (Netizens earlier thought it was ashok vihar but it is ashok nagar). Alt News found a higher resolution video of a mafia crawling over the minaret and raising a saffron flag.

Barton tweeted that she personally saw the flag at the top of the minaret of the ashok nagar Badi masjid. She witnessed a shoe store under the mosque that was ransacked.

Speaking to Alt News, he reported that the name of the mosque is Badi Masjid. Barton was accompanied by journalist Avichal Dubey, who took photographs of the mosque. Dubey shared a close-up image with Alt News.

Every body should maintain peace and calmness. Some times bad incidents happen but this country India is the mother land of brother hood and tolerance.