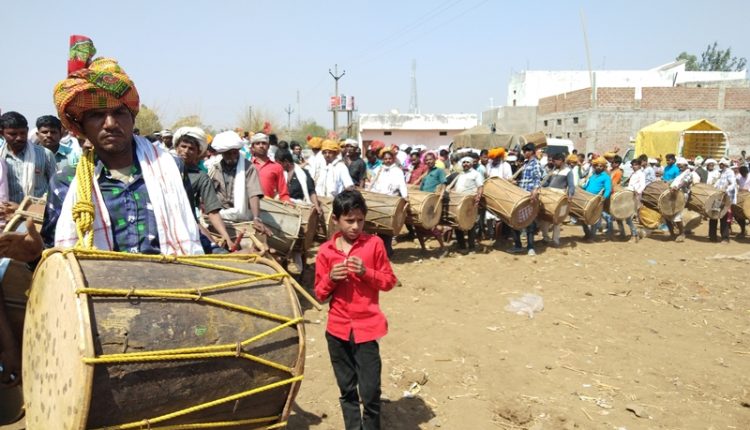 Bhagoria 2020, the cultural festival of the tribals of Bhagoria 2020, is starting from 3 March. Holdi will begin soon after its disposal. In such a situation, the police administration is alert regarding the law and order situation. Police claim that some body has robbed a private bank employee on November 19 in Para. There has been no major crime after that. The positive aspect is that there has been no major crime since 75 days.

A large number of tribals will also start coming from the migration sites. In such a situation, the SP is constantly discussing the matter with the police in-charge. The Emphasis will be on getting time like Bhagoria and Holi done without any major crime. A strategy is also being prepared for this.

SP Vineet Jain held a marathon meeting in Jhabua with all the police station and outpost in-charge and police officers of the district on Saturday. After that, the series of one-to-one discussion is also continuing.

In Jhabua, parents go on handing out innocent girl to a woman

SP Jain has instructed all the police in-charge to keep a close watch in their respective areas. Do not give any exemption to persons with criminal records. Ensure immediate arrest of absconding accused. The arrangement of whistleblowing should be maintained Control the illicit drug trade. Police has to monitor Rummage. We have Police personnel deployment in plain dress also. Monitoring using hi-tech techniques.

These are the reasons for the dispute

Bhagoria 2020 festival at a glance

Bhagoria will start from March 3

Test of Madhya Pradesh: Hill region made maize and hospitality made dal-paniye special.

Test of Madhya Pradesh: The mountainous region made maize and hospitality made dal-paniye special