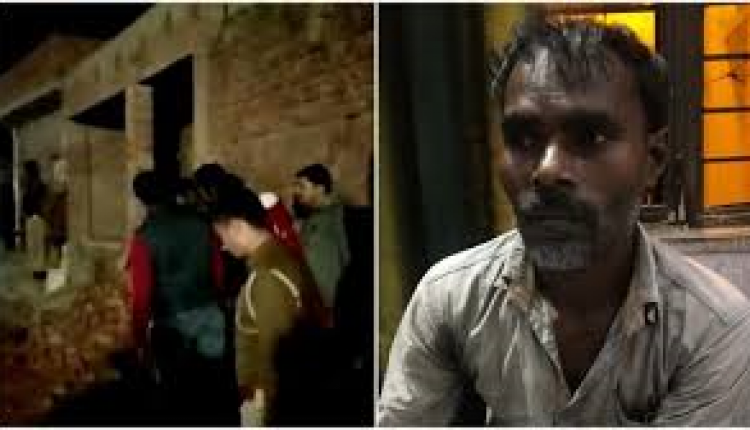 Police said Subhash Batham, a convict for murder on bail, had invited the children home for his daughter’s birthday and then kept them at gunpoint. Farrukhabad hostage case in detail.

Farrukhabad hostage case solved after a day full of tension.

After a one-day hostage crisis in the village of Karthiya, near Farrukhabad, in the Fatehgarh district of Uttar Pradesh, police rescued the 23 children on Thursday night, including a 6-month-old boy. We have shot the 38-year-old defendant. said IG Kanpur Range Mohit Agarwal.

Police said Subhash Batham, a convict for murder on bail, had invited the children. He invited them to his home for his daughter’s birthday. Later he kept them at gunpoint.

Batham’s wife, Ruby, and their daughter were also in the house. He had not made any demands to release the children, police said at night.

The convicted Batham has invited children to his daughters birthday party.

Early in the night, Batham allegedly shot from inside to thwart the attempts of the children’s parents and the police to approach the house, leaving an injured person. He injured Two policemen also when he threw stones at them. Police said Batham also threw a crude bomb at people gathered outside.

“We are making every effort to ensure that children are safely rescued,” said Additional General Director of Law and Order. He is P V Ramasastry.. Chief Minister Yogi Adityanath was also monitoring the situation. He sent a team from the state’s Anti-Terror Squad to Fatehgarh. Senior police officers, including the inspector general, Kanpur Range, Mohit Agarwal, were at the scene.

Batham has four cases against him, including murder.

The petitioners filed four FIRs at the Mohammdabad police station in 2001.

Mr Tribhuwan Singh is the the additional police superintendent, Fatehgarh. He said that batham had been convicted of murder but had received a bail from the higher court. He said they would have to verify the records to determine since when Batham got bail to come out.

Karthiya village pradhan Shashi’s husband Harbeer Singh said, “Around two months back, Subhash was arrested in a robbery case. He came out of jail a month ago.”

Singh said that on Thursday Batham invited the children home, saying he was celebrating his daughter’s birthday. When the children did not return, the parents came to look for them, but he did not open the door. “When the parents knocked on the door, Subhash began abusing them and opened fire.”. One of the residents informed the police control room.

Singh said: “Subhash shot Anupam, a local, and suffered a right leg injury. He also threw a crude bomb from inside. ” He added that Subhash demanded to speak with the local BJP MLA Nagendra Singh Rathore. But when the MLA arrived, it “shot from within.” The MLA escaped unharmed.