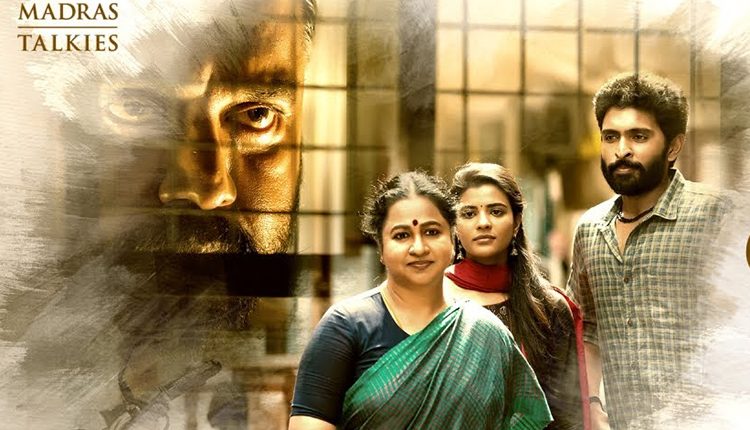 Rain was a dominant part of conveying the emotional state of mind of characters in Tamil cinema. K Balachander created this visual style. He restored a dramatic pause effect in the narrative.

But Dhana Sekaran, a former assistant to Ratnam, has taken KB’s path by treating rain as a character to introduce an effect on the screen. In Vaanam Kottattum it always rains whether the underlying emotion is sadness, joy or bliss. That doesn’t explain the title, something like a “Megam Kottatum” would have been more appropriate, does it? But you could feel why it’s called Vaanam … instead. Like the unpredictable nature of the sky, you cannot predict the actions of the characters here. They are explosive on the outside and fragile on the inside, if that makes sense.

Vaanam … starts exactly where Thevar Magan ended. A family feud leads to a bloodbath that deprives a man of his mental health and grants him prison life. But unlike the Sakthivel of this film, we don’t see any heartbreaking guilt or remorse in the face of Bose (a great Sarathkumar who finally seems to have gotten the film he’s been threatening us with for a while).

The film begins with a young Selvam, who is Bose’s son and mocks a goat for a village ritual. It is Before discovering his uncle with a wound. It is a brilliantly cast Balaji Sakthivel that gives the character charm and innocence. But the real scapegoats in Vaanam Kottatum are Selvam, his father Bose and his family. In response to the blood spilled in his brother’s name, Bose becomes violent, slaughters and cuts the cord that holds his family together. There is a short funeral scene that points to a possible revenge story that takes on its full form in the second half.