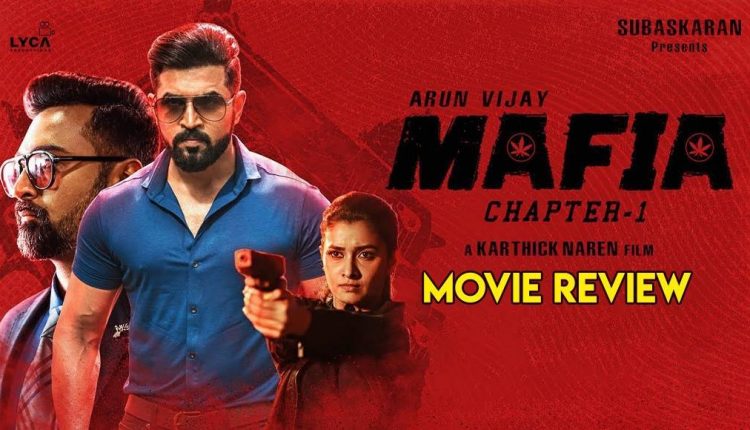 You can read about arjun suaravaram online streaming partner and digital release on this blog.

Arun vijay prasanna and priya bhavani shankar played lead roles in this movie. Aryan is a narcotics officer. An officer entitled with making the city a drug free zone. He is happy to receive challange. Arun vijay Priya bhavani copuple tried to hold on the wight on them, but the movie focused more on style rather than story line. Mafia chapter 1 online streaming now already.

These kind of films need a lot of energy and enthusiasm. So, they need fresh ideas on screen. In the full two hours plus film hardly few moments make us excited and Interested. In the story the Narcotics team are after a drug racket in Chennai city. They want to investigate around a big drug distributor.

Director Karthick Naren has tried to tell a super-stylized version of an action thriller and has succeeded in terms of presentation. Both Arun and Prasanna look their best and their fashion game is on point too.

The screenplay of Mafia Chapter 1 movie is boring. The first half of film focused more on elevating the hero. The director has tried some over stylish stuff and set up in narration. There are some slow motion shots. These shots spoiled the flow of the film. The film run time is just 1 hour 52 minutes in total. Even then, the first half appears lengthy.

Mafia chapter 1 is highly predictable. Viewers could easily predict the flow of film. Actually, there appears to be only one twist in the film. The whole story was wound round the twist. The swist came at end of run time. But our viewers are more clever than Aryan and Prasanna. They have caught it earlier itself. In conclusion, the twist too did not work well.

The film speeds up in the second half before Aaryan prepares for the epic showdown with Diwaker. The scene where he instructs his team to attack Diwaker’s men simultaneously made us sit down and watch the movie in full concentration.

Arun Vijay is perfect in his role as an honest officer. His modulation and body language fit him well. Prasanna could literally walk asleep in this role, which is full of loot. However, there could have been more details on his character.

The director did not plan the Priya Bhavani Shankar role in the film well. He introduced her as the aide. Sorry to say but the director could have tried some one else rather than her. All the film Arun had to handle her with one hand so that she does not fall down.

In Conclusion, this film may not be worthy watching in a theater. spend for tickets. Travel parking and others. If you want just pass some time at home on a holiday you can try watching in ott platform. Chapter 1 did not succeed well. So should we expect chapter II and its a hold on for now.