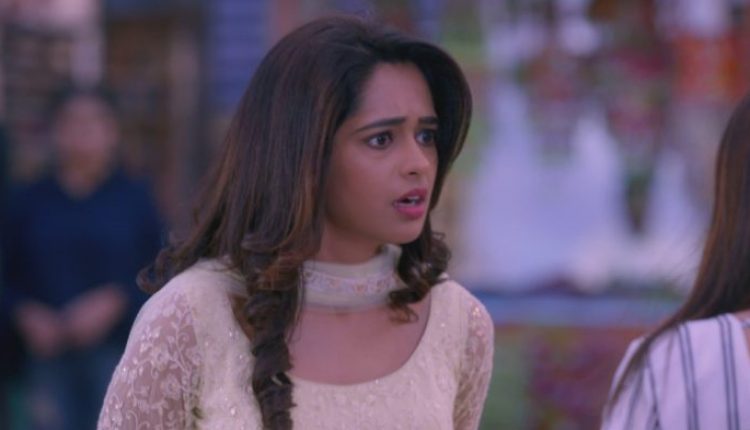 After tonight, Prachi sees Maya hit by a truck and throws her aside, but Maya blames Prachi for her suicide.

In the previous episode of Kumkum Bhagya, Aliya and Rhea Abhi convince that Sanju tried to attack them. Abhi takes Rhea home, but he’s upset because he didn’t know Prachi. Ranbir returns home with his family, who think that Prachi and his mother felt part of their own family. Abhi and Pragya ask Purab for each other’s numbers. However, Aliya sees Abhi’s message on Purab’s cell phone. She gives Abhi her previous number as Pragya’s number. Then save the Pragya number as “Daadi” and block the number on Abhi’s phone. When Pragya tries to send a message to Abhi, Aliya deletes the message. Rhea asks Maya to pretend her suicide by being hit by a truck.

As of tonight, Prachi is in the closet looking for files, but the light in the room does not work. Ranbir finds Prachi complaining and gives him the torchlight from his phone. Prachi asks him to help her find the documents. When they get the files, Prachi feels like a lizard touching them. She jumps back and falls into Ranbir’s arms.

Ranbir keeps her safe and then goes to the lizard. It turns out to be a piece of wood. When Ranbir and Prachi return to the office floor, Rhea gets upset when they see them together. Ranbir meets Abhi and Rea with Prachi. She offers to make friends with Prachi and put aside their differences because their families are friends. Prachi believes that Rhea is honest and agrees to become friends.

With Prachi, Rhea visits some Indian clothing he bought to find out which one to wear for the fashion show. Prachi goes down the stairs with Rhea and finds Maya in the middle of the street. Abhi asks Ranbir to suggest the girl he knows he is in love with. Ranbir believes that Abhi is talking about Prachi, but he’s really talking about Rhea.

Prachi runs after Maya and puts her aside in time before the bus hits her. Maya says she wants to kill herself and blames Prachi for it. She says Prachi saw Ranbir try to approach her throughout the party and still told the police that Maya was wrong. Prachi, who was no longer sure, feels guilty about ruining Maya’s life and hugs her. Does Rea plan to fight Prachi against Ranbir? Find out tomorrow. Kumkum Bhagya January 29, 2020 written update.