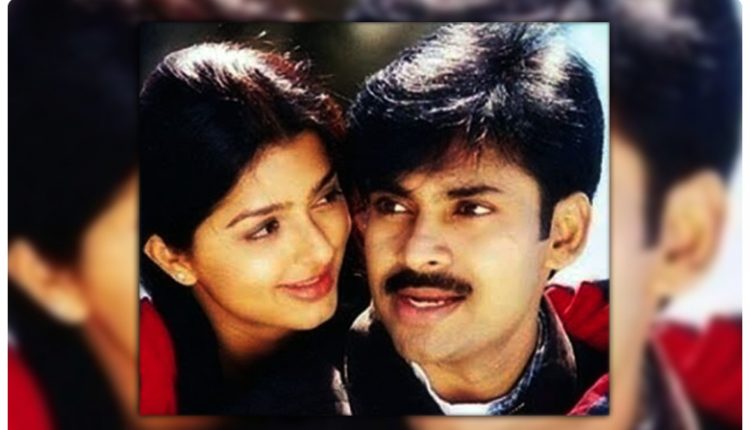 Power star Pawan Kalyan and bhoomika starrer ‘Khushi’ will not be forgotten by any Telugu audience. Especially in its’ earthy black saree.

Power star Pawan Kalyan and bhoomika starrer ‘Khushi’ will not be forgotten by any Telugu audience. Especially in the ‘bhoomika black saree’ .. While reading, the next scene, ‘Nuvuvu chooshav’ dialogues but still remember. The film has left an indelible mark on the hearts of Telugu audiences. Songs and music from Khushi cinema are still fresh. Bhoomika and Pawan’s acting in the film will never be realized. The film is reported to have rained record-breaking collections at the box office.

Amit shah and Pawan kalyan rally about CAA in hyderabad on march 15.

The two have not played together again since then. Now, however, the pair will appear again on the Swilver screen. Pawan is playing the latest Bollywood movie ‘Pink’ remake. Pawan is already shooting for the film. Talk is going viral that Pawan will be making his second film in Krrish Direction after that. It is also planning to release the 2021 wallpapers. Krrish is also planning to release the film in other languages ​​as well.

However, Khushi’s hit film ‘Bhoomika’ and ‘Pawan’ will be starring in the movie. Bhoomika will be seen as a heroine in Pawan’s film. Talking about two other heroines, Krish will also be seen in the movie. Pawan Harish Shankar’s next film is to be done.