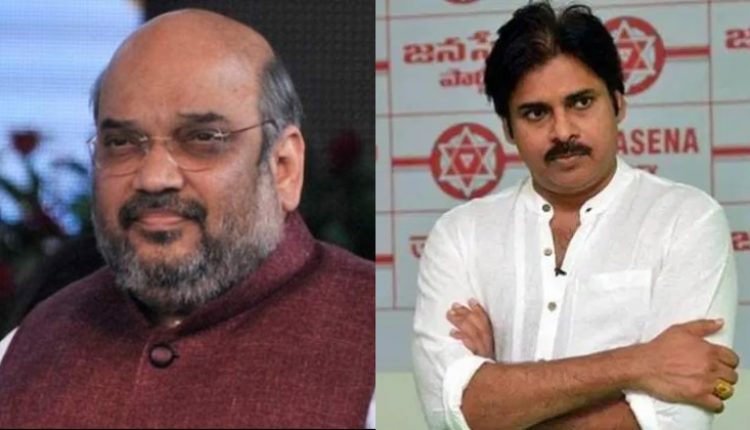 BJP to implement double strategy: There is a Citizens’ Arrangements march about Citizens Amendment Act (CAA) On March 15, Hyderabad. Telangana BJP has commenced its preparations for a massive open meeting at the LB Stadium in Hyderabad. On the other hand, BJP leaders have been pushing for a two-pronged strategy to create a favorable environment for the meet. Kamaladalam is expected to welcome Amit Shah along with Janasena chief Pawan Kalyan at the LB Stadium meet. The plan is to adopt all possible avenues to create a positive atmosphere and spread nationalism.

Anil Jain, the BJP’s Telangana incharge, came to Hyderabad on Monday to review the pro-CAA arrangements. Anil Jain presided over a preparatory meeting at the BJP state office. With the coming of Amit Shah and Pawan Kalyan, the party leaders and activists now have a direction to work towards popularization and arrangements. Party has decided to publicize the frauds of the MIM and the Congress party which are supporting the traitors. Also they finalised the two-pronged strategy about this meeting.

Telangana Bjp collected some evidences about fraud rohingyas in Hyderabad.

The first tactic is to explain the concept of CAA is of no harm, while the second is to dry up the reality of the parties opposing the CAA. As part of that, a team of BJP leaders met Telangana DGP Mahender Reddy. The party has collected Some of the evidence about some rohingya muslims gaining aadhar cards in wrong means and handed over to the DGP. The allegation is that the MIM party is behind the Rohingyas in Hyderabad. There is a conspiracy behind 127 fraudulent Aadhaar cards.

The BJP leaders have asked the DGP to investigate impartially about the 127 Aadhaar card holders with forged documents. They also questioned the MIM’s support for those who got Aadhaar cards with the counterfeit card. PM Modi has brought CAA for the benefit of the nation. He has bought NPR also.

BJP leaders have questioned why the Owaisi brothers responding to each and every issue on Twitter, haven’t commented on 127 fraudulent Aadhaar cards. The party expects that there will be a huge positive gathering at Amit-shah Pawan Kalyan meet. The BJP leaders are trying to stepping up the sentiment among the people on nationalism.