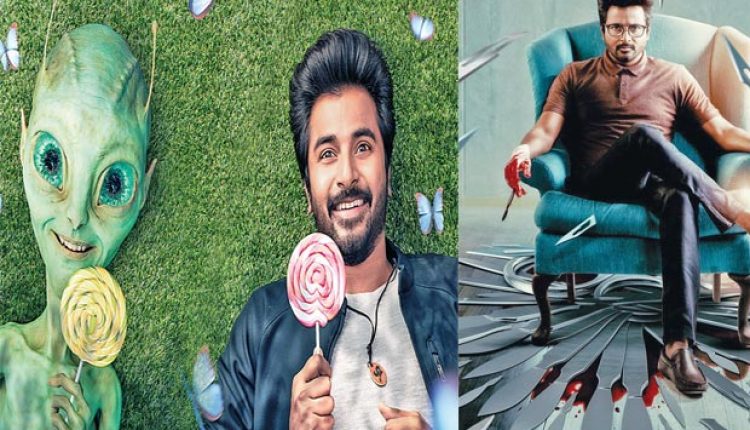 sivakarthikeyan movie : It is On the occasion of the birthday of Tamil actor Sivakarthikeyan. The first look posters “Doctor” and “Ayalaan” were unveiled. Check them out below.

Ayalaan’s (Alien) first look with Sivakarthikeyan release happened. It was a double surprise for Remo Sivakarthikeyan fans celebrating his 35th birthday on Monday. On the same day, the team has released the first look at his other film Doctor also.

Want to check out Cobra first look poster of vikram you can check in the same blog.

Sivakarthikeyan went on Twitter and shared the first poster of his highly anticipated upcoming film Ayalaan. The actor smiles on the poster and holds a vortex lollipop in his hand with his “new friend from another world”, an alien. Both are lying on the lush green grass with several butterflies around them. Sivakarthikeyan wrote: “I am happy to introduce my new friend from another world. Here’s the first look at #Ayalaan #AyalaanFirstLook. “

Ayalaan is a Tamil science fiction film. R Ravi kumar is the writer and he is also director of the film. A R Rahman is composing music. It is the first collaboration between Music Maestro and Remo Sivakarthikeyan. The film is produced by 24 AM Studios and KJR Studios.

We can have Ayalaan movie versions in Tamil, Telugu, Hindi, Kannada and Malayalam.

Sivakarthikeyan also shared the first look of his second project doctor. On the poster, the actor sits on an armchair with a surgical knife in his right hand. We could see blood on both hands. Sivakarthikeyan wears sports glasses, a brown collar T-shirt and trousers.

The actor revealed his first look and wrote: “Here is the first look of my next #DOCTOR #DoctorFirstLook.”

Nelson Dilip kumar is the writer of the film doctor. He is also the director of the same. Priyanka Arul Mohan, Yogi Babu, Vinay and Archana will also play key roles.

Anirudh Ravichander recorded and composed the music for film Doctor. Sivakarthikeyans SK Productions Kalai Arasu are jointly making this film. We wish all the best to Remo. Two birds at one shot.