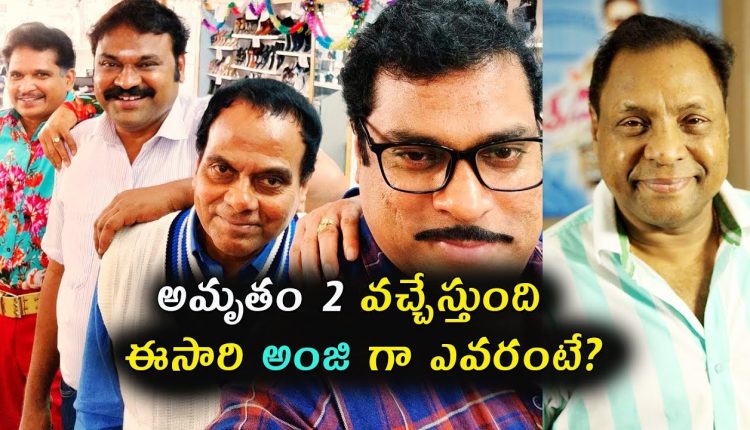 The most popular daily serial in Telugu was Amrutham telecast on Gemini Tv earlier. Harshavardhan, Sreemannarayana and Vasu Inturi along with senior actor LB Sreeram and Satyakrishna are coming to make us laugh in this new one. Gunnam Ganguju is providing the story of this second part .. Sandeep is directing. Produced by Lightbox Media Banner, the Amrutham 2.0 will be available on March 25 via ZEE5.

Shivajirajah, Naresh and Harshavardhan appeared in the Amrutham character in the Amrita Rao serial. Anji’s character has a special place in this serial. Everyone thinks that Sriram will fit in that role. After his death, Senior Actor LB Sriram has taken his place. This Amrutham 2 is the second version . This serial comes with the caption that there is no death for stupidity.  ‘అమృతం ద్వితీయం’.. మూర్ఖత్వానికి మరణం లేదు అనే క్యాప్షన్‌తో ఈ సీరియల్ వస్తోంది.

Meanwhile, millions of people watched the first part of the Amrutham on youtube already. Although it was recently made available by the ZEE5. The popularity has not decreased. The second part, based on the characters of Amritam, Anji, Sarvam and Appaji, is of interesting to everyone. Have to see how this new Amrutham 2.0 reaches. With so many new means of entertainment, OTT channels, Web series we can not comment now. Just say all the best.