Amit Thackeray s/o Raj launched into politics by MNS with a new flag. 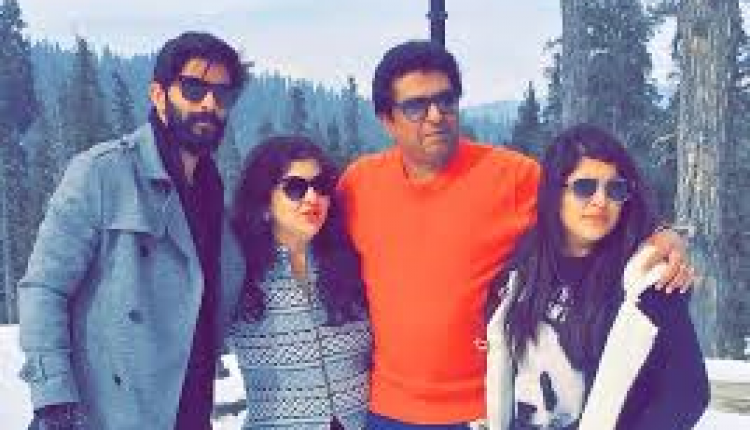 The name of Amit Thackeray was announced by a senior leader Bala Nandgaonkar and a crowd of over 20 thousand people gathered at the NSE Ground in Goregaon. Amit stood up and greeted everyone.

In awe of the ‘Abhishek’ honor, Amit joined hands, stepped forward on the stage and saluted the party leaders and workers. On stage he paired with a picture of Chhatrapati Shivaji Maharaj, BR Ambedkar, Savitribai Phule, Prabodhankar Thackeray and Vinayak Damodar alias Veer Savarkar.

In this way he greeted his Tauji and reminded the Chief Minister of the state, Uddhav Thackeray. He too thanked the people of the state in a similar fashion while taking oath as Chief Minister at a mega-function at Shivaji Park on 28 November.

In his brief address he said, “This is my first address from a public forum in the history of the last 14 years of the party. I’m really overwhelmed. “

Amit further said, “Last night when Raj-sahib informed me that I would pursue education, I felt that the ground had slipped from under my feet. This would not have been possible without the guidance and encouragement of Raj Saheb Thackeray. I hope you continue to give me your love and blessings in this way. “

On this occasion, his parents Raj and Sharmila Thackeray, wife Mithali Borude-Thackeray, his grandmother, other relatives and party leaders and other officials were Maudju.

Amit Thackeray stepped forward with a party flag around his shoulders to symbolize that he was ready to fight the political battle ahead, symbolically taking out a sword from the sheath and waving it in the air.