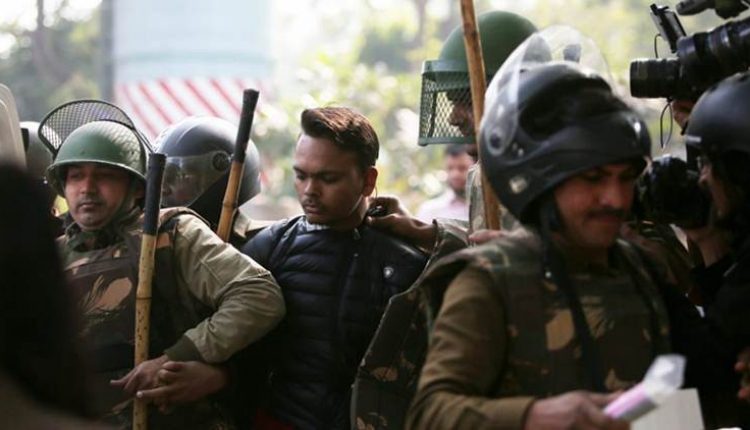 A man wielding a gun opened fire during a protest against the Citizenship (Amendment) Act outside Jamia Millia Islamia in New Delhi on Thursday, injuring one student. The injured student has been rushed to Holy Family hospital, in the vicinity. He posted his plan of things what he want to do on facebook live before he resorted to this act.

Early news is coming that there is another incident today at 5 pm. Police have detained the accused. Earlier videos shown him chanting “Jai Shree ram” while being arrested.

US Declaration of Independence is “Hate Speech” according to Facebook…