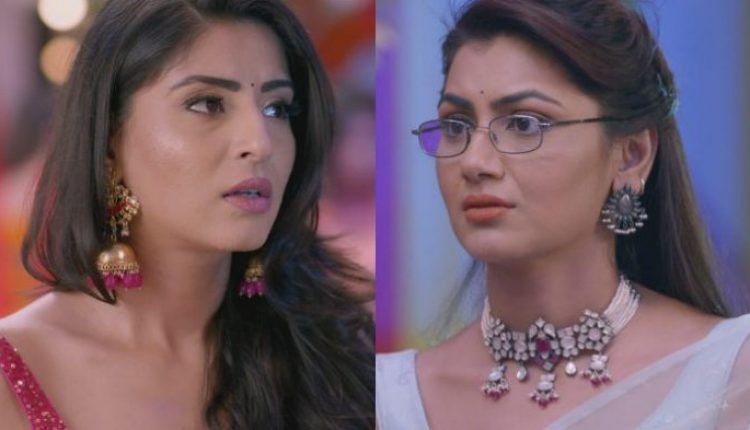 Hindi hit serial Kumkum Bhagya on zeetv January 15, 2020 Written update: Meera tells Pragya that she loves Abhi
In the latest episode of Kumkum Bhagya, Pragya Prachi, Shahana, accompanies the Lohri celebrations. She sees Abhi and thinks he has to perform.

In the previous episode of Kumkum Bhagya, we saw Abhi and Ranbir save Prachi when Sanju tries to jump off a bridge with her. Pragya passes out after being bitten by something. Rhea leaves her in the car and goes to find others. After being saved by Abhi and Ranbir, Prachi goes to Pragya and finds her passed out. She sees that Pragya’s feet have turned blue. Prachi and Ranbir take her to a doctor who helps Pragya to recover. Rhea scolds Abhi for risking his life for Prachi.

The last episode begins with Meera blushing to look at Abhi. Abhi, Vikram, Ranbir and Meera have a fun conversation with the family. Ranbir complains that Vikram and Abhi involve him and Aaryan and should not leave them alone with the ladies. An angry Purab is standing in a corner. Aliya asks him to smile, but he refuses. Rhea tries to find Ranbir, but Meera tells him he’s on the other side of the venue. Meera asks Rhea what is going on in her life because she seems lost in her thoughts. Rhea says that she will tell Meera everything, but everything at the right time. Pragya, Prachi and Shahana arrive and an excited Rhea leaves the conversation to welcome Pragya.

Pragya and Rhea hug. Shahana asks Prachi why Rhea is suddenly changing in Pragya. Prachi becomes jealous of seeing her mother, who Rhea particularly loves and is tender to. Pragya catches Rhea and looks at Ranbir, who is standing with his friends. She thinks Rhea is a guy among his friends. Pragya tells Meera that Rhea may be in love with someone. Rhea goes to speak to Ranbir, but sees that she is staring at Prachi. An angry Rhea encounters Aliya and starts crying. She tells Aliya that Ranbir doesn’t like Prachi anymore and actually looks at her as if she were the most beautiful girl in the world. Aliya promises Rhea to bring her what she deserves and to bring Prachi out of Ranbir’s life. Aliya tells Rhea that whenever she sees Prachi smiling, she is immediately reminded of her mother. Rhea is concerned that Pragya will immediately agree if Ranbir Prachi offers marriage because she really likes Ranbir.

Lohri 2020 celebrations in the serial.

Ranbir is now following Prachi. Shahana catches him red-handed. Aaryan asks Ranbir what he is doing. Ranbir tells him that he will go crazy and his heart will jump out of his chest. He starts imagining Prachi and her voice everywhere. He is confused whether it is love or madness. Prachi and Shahana greet Happy Lohri in Ranbir, but he starts fumbling in front of her. Ranbir compliments Prachi and leaves. Prachi goes to Ranbir’s Dadi, who tells her that he’s been acting weird these days. Ranbir’s grandmother tells Prachi that her grandson is probably in love. But Prachi denies that Ranbir falls in love with a new girl every day. Shahana asks Ranbir why he was looking at Prachi. He runs away again.

Aliya tells Rhea that she will be directly involved in all of her plans and will help her. She hires a girl named Maya to come to the Lohri venue and lie that Ranbir abused her. Aliya tells Rhea that if Maya cries before everyone and says how Ranbir behaved badly with her, everyone will believe Maya. And if Prachi believes in Maya too, it will irritate Ranbir.

Pragya speaks to Meera when she sees Abhi and Purab. She remembers the old memories she shared with Abhi. Meera asks Pragya if she knows what love is. Pragya says that it is up to our fate to decide whether we will be with the love of our life or not. Meera disagrees that we love someone from afar and can also be happy. Kumkum bhagya on zeetv.