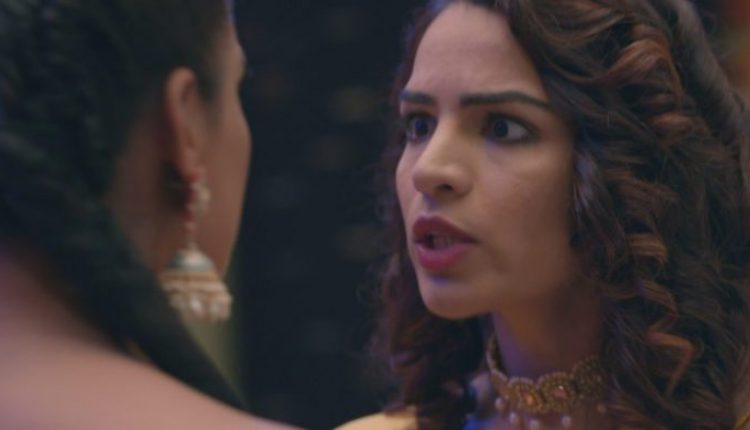 Before going into the kumkum bhagya 15th january 2020 episode let us recall the yesterday’s episode. In the previous episode, Ranbir and Abhi beat up Sanju. Sanju jumps from a bridge with Prachi to escape them.
Ranbir’s parents open the door and give him his new clothes, which he can put on for the Lohri party in Abhi’s house the next day. They see the empty room and think that Ranbir has fled the window. Ranbir comes out of his bathroom and says he never left. Abhi is sitting in his room wearing a scarf for his wound. Rhea scolds him for risking his life for Prachi.

In the next episode, Aliya and Rhea plan a new way to get Prachi out of Ranbir’s life during the Lohri celebrations in Abhi’s house.

In today’s episode of Kumkum Bhagya 15th january, Ranbir catches Sanju when he reaches a dead end. Sanju says he did everything to separate Ranbir from Prachi. Pragya injures her foot and is bitten by an insect. Rhea puts Pragya back in the car and goes with the others. Abhi joins Ranbir and thrashes Sanju. Prachi also beats Sanju and drags her with him before jumping off the bridge. Ranbir and Abhi prevent Prachi from falling into the water. When she returns, Prachi notices that Pragya’s foot has turned blue from poison. Ranbir takes Pragya to the hospital and stays there until Pragya has recovered. When Ranbir arrives at home, the next day his parents give him new clothes for Abhi’s Lohri party.

In the next episode, Rhea takes Aliya aside during the Lohri party. She says Prachi’s mother also thinks Ranbir is a good man. She says Ranbir is already in love with Prachi and he likes her family. Rhea is afraid that if Ranbir goes to Prachi’s house and asks for her hand, Prachi’s family will be more than happy to have him as their damaad. Aliya tells Rhea that nothing will happen because she has a plan. What is the new plan for Rhea and Aliya? Stay tuned to find out.