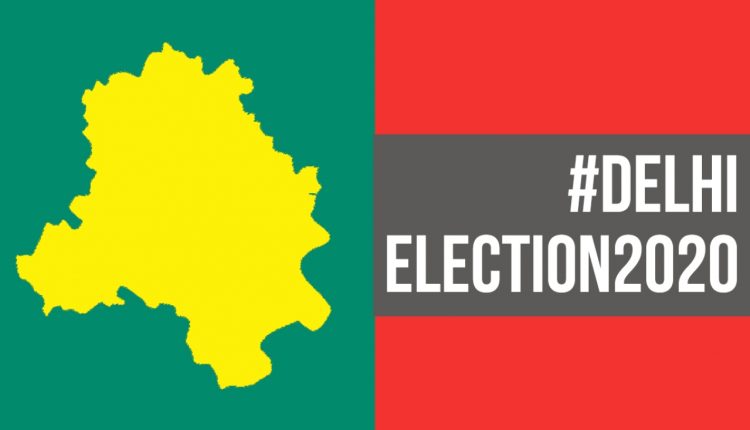 The AAP has won 62 of the 70 seats in the Delhi Assembly. The BJP, which had won only 3 seats in 2015, wins now 8 seats. Delhi election result. Bjp’s candidate Kapil Mishra has said that his party has not connected with the people of the national capital. This was in reaction to the overwhelming defeat of the BJP in the Delhi Assembly elections. Mr Kapil mishra Congratulated the Aam Aadmi Party for its massive victory. Mishra said that this is the fifth consecutive defeat of the BJP in the state elections.

Atishi Marlena, one of the most prominent faces of the Aam Aadmi Party (AAP), had to fight to win from Kalkaji’s seat while counting the votes of Delhi on Tuesday. She was among the AAP leaders who spent much of the day in suspense, locked in close fights in their constituencies even when the party galloped towards a massive victory. At one time, Atishi, 38, led with only seven votes on his BJP rival, Dharambir Singh.

Finally, there was a good news to AAP. Atishi Marlena swung huge and managed to bag the prestigious seat of Kalkaji. That too with a margin of 11,200 votes. Kalkaji has become now atishi Constituency on social media,

After the final results, Bjp though fought fierce in poll campaign could manage only with 8 seats out of 70. This is also delhi election result seat wise. AAP bagged the remaining 62 seats in 70.

It was a tweet on Tuesday afternoon from Prashant Kishor. He was recently ousted from Nitish Kumar’s JDU. He said, “Thank you Delhi for standing up to protect the soul of India”. Sources say Prasanth kishore advice to Arvind kejriwal not to react to shaheen bagh and other controversial issues worked good.

Okhla constituency in Delhi is very much near to shaheen Bagh. This segment sorrounds the place of all action in recent days. Anti CAA marchs, Jamia protests, Jamia firing, Rambhakt gopal shooting etc etc. So there was great focus on Okhla.

AMANATULLAH KHAN the AAP candidate in Okhla constituency managed to defeat BRAHAM SINGH of Bjp. The margin difference was a huge with 70,000 + votes. This says the Muslim votes in Delhi as a group fetched to AAP in delhi elections 2020. Its an observation.

Manish Sisodiya served as deputy chief minister of delhi state in last 5 years. He held various key portfolios in the last Arvind Kejriwal cabinet. He was the main focus leader from AAP after the delhi CM.

There was a tough fight in Pratapganj constituency between Manish sisodiya and Bjp candidate Ravinder Singh Negi. Manish was trailing most of the time in early and mid trends. In the end he won the election with a nice margin of 3000+ votes. This is a huge sign of relief to AAP in delhi.

After the results Gopal rai Aap leader told press so. What happened in delhi today can soon reciprocate all over india soon by next general election. AAP will work with a plan under the leadership of Arvind Kejriwal towards a new development phase in new delhi.

MOHAN SINGH BISHT the Bjp candidate in KARAWAL NAGAR constituency defeated durgesh patak by a margin of 8223 votes in 2020.