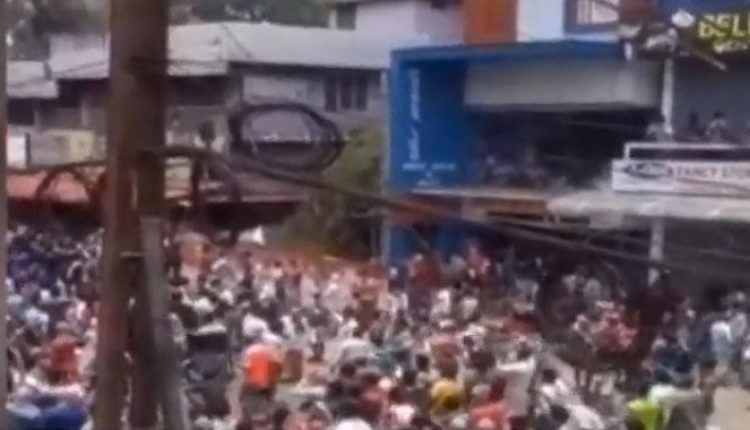 Kerala migrant workers face an issue in Kottayam More than 100 guest state workers staged a protest in Changanassery at Paippad mannappally road on Tuesday. The protest is for food and lodging. Actually the problem arose due to India Lock down. Kerala and Maharastra have continously increased the no of Coronavirus cases each day in the last fortnight.

Guest state workers are protesting on Paippad Mannappally Road. The protests were on the road.They are living in Changanasserry, unable to return home after the lockdown.

They had complained that they were not getting food the previous day. There were complaints that the community kitchen was in the area but the guest did not reach the state workers. A complaint has been lodged with the Panchayat. They also allege that the victims were not receiving adequate treatment.

Meanwhile, the district administration and the government have said that the guest workers of Changanassery had come together for food. Kottayam District Collector Sudheer Babu said that they are demanding to go back home.

When the food was delivered through Community Kitchen, they were told they did not want cooked food. Since they could not afford Keralite food, they were provided with grains and other things to cook themselves. No complaints have been made about lack of food, ”he said.

The collector said that they are now saying that they should go home but there is no situation. The Collector and kottayam SP had gone to the scene. Food Minister P. Tilothaman has also been announced to arrive at Changanacherry.

It was reported that a bus will be arranged for those fleeing from Delhi to Uttar Pradesh. The Collector of Kottayam told the media that they were released after this. All the best soon.