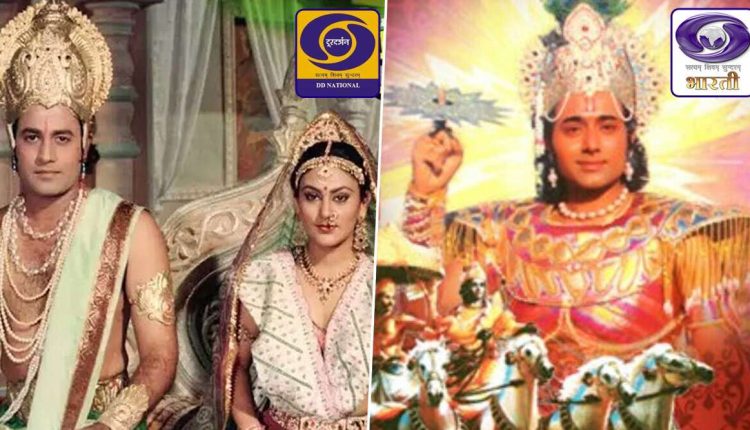 The Union Minister for Information and Broadcasting, Prakash Javadekar made an announcement about ramayan telecast time on doordarshan. It is about the repeat telacast of the popular 1980s television series Ramayan on Doordarshan during the 21-day national ban. Social media users have asked for Mahabharat re telecast also.

People seem to have a rush of nostalgia for the series that dominated television in the late 1980s and early 1990s. These epics, broadcast on Doordarshan, were held by people on their televisions. Everyone watched “Ramayan” and “Mahabharat” together with their friends and family. Those who didn’t watch TV at home visited neighbors to make sure they didn’t miss a single episode.

Now that Ramanand Sagar’s “Ramayan” is airing again, everyone is eagerly waiting to see it again. It is reflecting in their social media posts. In the midst of the nationwide ban, people are in their homes. They have ample time to watch episodes for hours every day. DD national will telecast ramayan hindi serial now.

Given the high demand, Prakash Javdekar, Minister of Information and Broadcasting, announced that Mahabharat would also return. “I am pleased to announce that @DD_Bharati will be broadcasting the popular Mahabharat series every day at 12:00 and 7:00 p.m. tomorrow, Saturday, March 28,” he tweeted.

DD bharathi will broadcast two episodes of the legendary mythological series of the 80s daily. One episode of Ramayan, it will broadcast in the morning from 9 a.m. to 10 a.m.. Another in the evening from 9 p.m. to 10 p.m. In the meantime, DD will also broadcast Mahabharat again from BR Chopra at 12 p.m. and 7 p.m. today. Ramayan DD national time of telecast in hindi will be this.

DD bharati or doordarshan bharati channel is available in Tata sky on channel 1194. you can watch it. Have great time with it. Stay home. Stay safe. Respect India lock down.