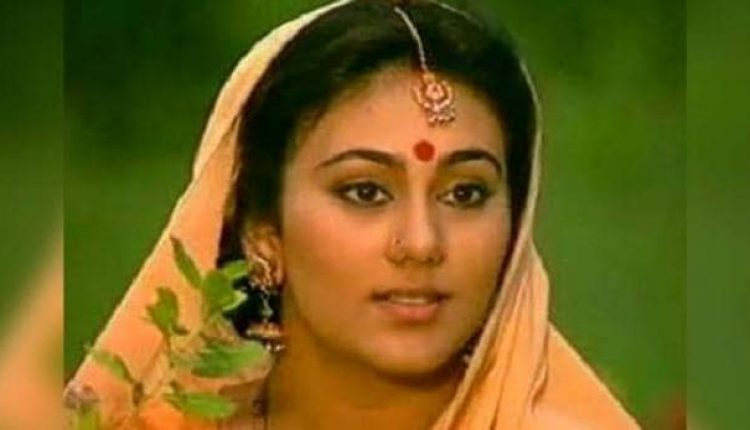 Ramayana, one of the historical serials broadcast on Indian television, is once again returning to the small screen. Ramayan telecast time on DD bharati is at 9 am and 9 pm. Deepika Chikhalia was one among the cast. The story of the creation of the Ramayana show is also very interesting. Recently, the star cast of the show came on The Kapil Sharma Show and shared a lot of stories.

Deepika Chikhalia, who played Sita in Ramanand sagar ramayan serial during a conversation with Kapil Sharma on the show, told how her casting happened. She said that she was a part of Sagar Camp’s show Vikram Betal and the shooting of this show took place at Ramanand Sagar’s bungalow. He told, “One day when I reached the bungalow, I saw a lot of children coming there. I did not understand what was happening. I asked if some sister-in-law of a house started a nursery? Chala is going to shoot the Ramayana and the casting of Luv Kush is going on “

“I asked if Ram-Sita was cast? So they said no Ram-Sita we have to do, first we are casting Love-Kush. Then one day I got a call from Papa ji that Kudi tu bhi aaja Let’s test for Sita. I said that I am working in the stories of Vikram Betal and grandparents and still you want to test? I keep playing the princess. She used to walk around the set wearing a baggage.

Deepika told that she heard that Sita should be such that when she comes on screen, she does not have to tell. Public should tell that this is Sita. Deepika said that she had 4-5 screen tests and finally she got tired and she said that if you want to take, otherwise it is okay. So in the last screen test, he said that it is fine. This will be our Sita.