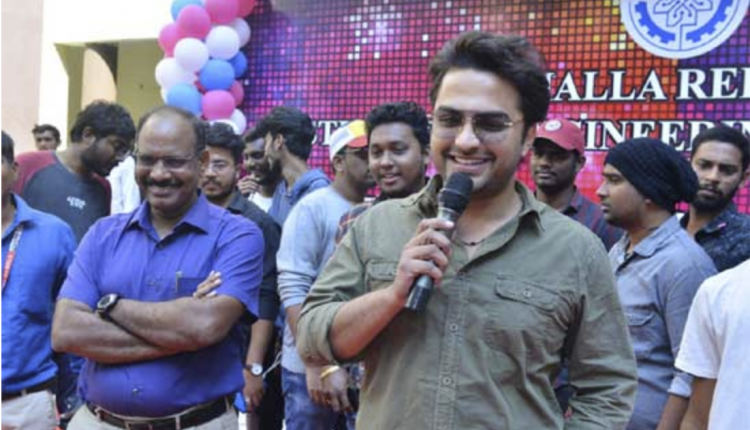 Hero Viswaksen attracted everyone with his first film “Falaknuma Das”. Now Viswaksen is playing the lead role in the Shailesh Pond directorial crime thriller movie”HIT”. Rouhani Sharma is the heroine and Hero Nani is producing the film under the banner of Wallposter. Movie is expected to be released on February 28. Recently released HIT movie trailer is getting good response.

“HIT” film crew has launched a campaigns as part of pre release promotions. Actor Vishwaksen visited malla reddy engineering college on saturday 22nd Feb 2020 and enjoyed with the students taken photos with them. He urged to make film to be a success like Falaknuma Das.

Public has no respect for Big Boss Nani !