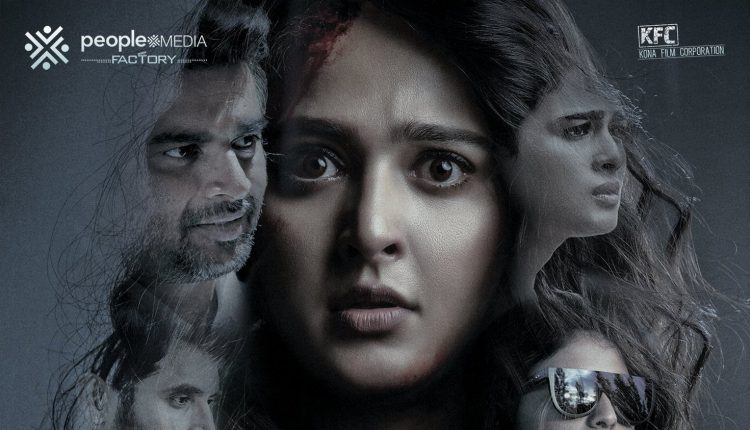 Nishabdam producer Kona Venkat said It is destiny that Anushka Shetty was playing Sakshi role in the film.

The first look poster release of Anushka’s character from Nishabdam happened in September. The poster introduces Anushka as Sakshi, a silent artist who expresses herself through her art.

On the poster you can see Anushka looking at something and painting it on a canvas in front of her. It is getting ready for release in Telugu, Tamil, Hindi, Malayalam and Kannada. Directed by Hemant Madhukar, R Madhavan, Anjali, Shalini Pandey and Hollywood actor Michael Madsen also play key roles in the film.

Anushka plays a deaf and dumb character while Madhavan plays her husband in the film. It is about the murder of a key figure and the subsequent investigation of the murderer. The entire film shooting happened in Seattle, USA. Originally filmed in Tamil and Telugu, the creators plan to release Nishabdam in English, Hindi, Malayalam and Kannada.

Anushka most recently appeared in a cameo in Chiranjeevi’s Sye Raa Narasimha Reddy. This movie will be Anushka’s main version since last year’s Bhaagamathie. Durgavathi is the hindi dubbing version of Bhaagamathie. Bhumi pednekar is playing the role Anushka played in Telugu version.

Anushka will soon meet filmmaker Gautham Vasudev Menon for an as yet untitled bilingual Tamil Telugu edition. Rumor has it that the film is a sequel to Vinnaithaandi Varuvaaya and that R Madhavan plays a crucial role. Rumor has it that Anushka could team up with Venkatesh to remake Telugu of the youngest Tamil blockbuster Asuran.