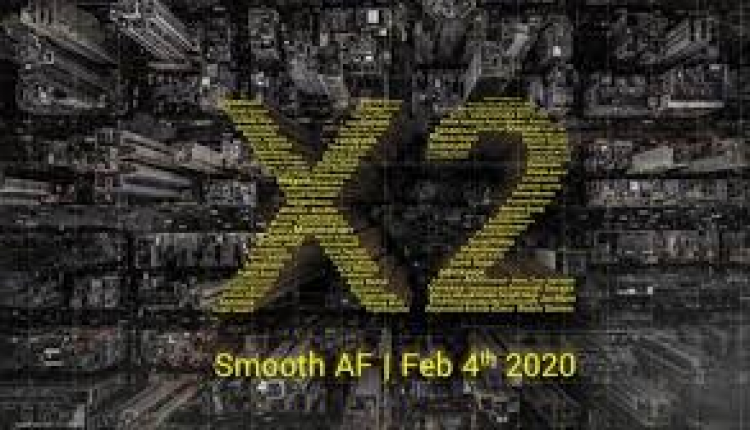 Start of Poco X2 India confirmed for February 4th: Everything you need to know

Poco X2 will be launched in India on February 4th. This is the second Poco phone after Poco F1 that was introduced almost a year and a half ago.

Poco announced on Monday that it will launch the “Poco X2” on February 4th in India. Poco X2 is the company’s second smartphone after Poco F1, which was launched in August 2018.

“An experience that makes you go,” Bruh, it is #SmoothAF “. # POCOX2 will arrive on February 4, 2020. Would you like to know if your smartphone is Smooth AF?” Poco said in a tweet with a link to a Poco website.

The tweet indicates that Poco X2 is shipped with a higher screen refresh rate. It’s worth noting that a number of companies are switching to 90 Hz and higher screens with their latest flagships.

The special website for Poco X2 confirms functions such as a high-quality Qualcomm processor, liquid cooling and a better camera sensor. It also shows the presence of USB Type C and 3.5mm headphone jack on the bottom of the phone, which appears to have metal sides with curved corners.

Interestingly, Poco X2 discovery was on Geekbench earlier this month. Android 10 was in the delivery state and 8 GB RAM under the hood of the smartphone.

According to Geekbench’s listing, the phone runs on a Qualcomm octa-core processor running at 1.8 GHz. The Geekbench values ​​of the Poco X2 were similar to those of the new Redmi K30 from Xiaomi. They triggered speculation that the Poco phone could be an improved variant of the Redmi smartphone.

There are also rumors that Poco is working on a Poco F2 Lite with medium specifications like the Qualcomm Snapdragon 765 processor. It is rumored to come with a 5,000mAh battery. The leaked photos of Poco F2 Lite revealed a U-shaped notch on the top of the display and a custom MIUI for Poco based on Android.

C Manmohan, General Manager of Poco India, had previously said the company plans to launch new and additional products as part of its independent foray later this year. He also announced that the company will use the Xiaomi ecosystem to some extent.

“We will have our own sales, marketing and product teams. There will be certain services that we will use from the Xiaomi ecosystem. For example supply chain or after sales support. I think if a customer learns that there are a thousand service centers in the country, it means a lot of trust, ”he told the Hindustan Times.

“In essence, Poco will pay for the services provided by Xiaomi. The amount of the return depends on the size of the company. For example, if you sell 100 phones compared to thousands of phones, it doesn’t make sense to allocate the same amount of resources. All in all, it will depend on how exactly Poco will grow, ”he added.