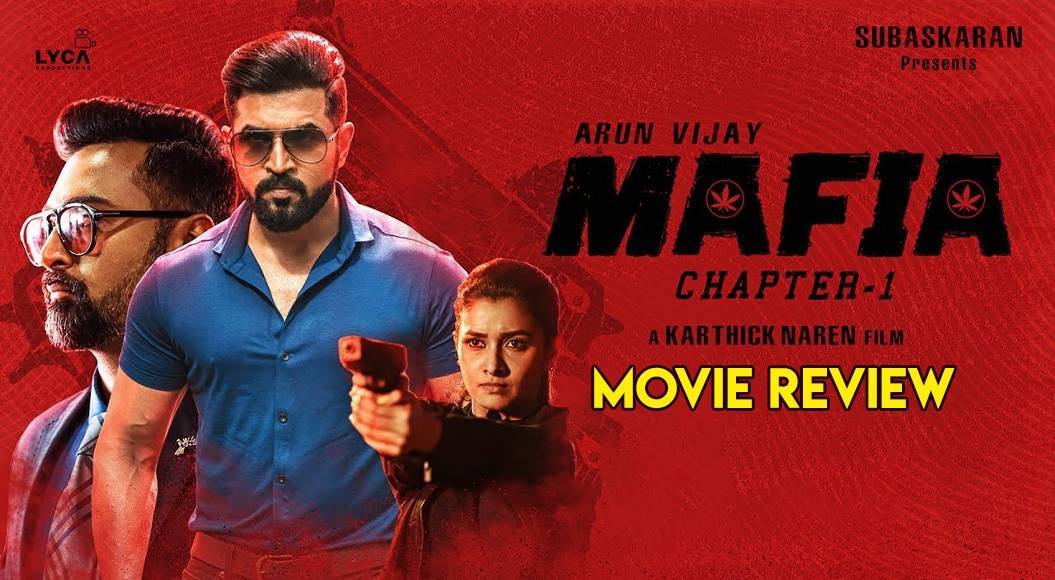 Mafia, as the name suggests, is about a drug trafficking gang that has crazy connections around the world. In director Karthick Naren’s film, the head of the narcotics office, Aaryan (Arun Vijay), and the drug lord Diwaker Kumaran (Prasanna) compete against each other. The cat and mouse game between the two characters forms the rest of the story.

A film like this relies heavily on adrenaline-fueled moments that make it happen. However, there are few fleeting moments of brilliance in this two-hour slumber festival.

Aaryan and his teammates Sathya (Priya Bhavani Shankar) and Varun are trying to destroy Chennai’s drug thugs and get closer to the main distributor. There are a number of murders that bring Aaryan and the Diwaker Kumaran team closer.

Director Karthick Naren tried to tell an over-stylized version of an action thriller, and he achieved it in terms of the presentation. Both Arun and Prasanna look the best and their fashion game is spot on.

However, the Mafia’s script was pretty overwhelming. The first half of the film is overloaded with slow-motion shots that are supposed to glorify the hero Arun Vijay. Karthick could have made slow motion recording a little easier, as this completely ruined the effect of the film. The first half also feels overwhelmed, even though the entire film only runs for 1 hour and 52 minutes.

Mafia also suffers from predictability. The twist in the climax was a small attempt to turn the film around, but the audience is just as brilliant as Aaryan and Diwaker, and we can already guess what is going on in their heads. So, no, the phrase didn’t work either.

The film picks up pace in the second half before Aaryan prepares for the epic duel with Diwaker. The scene in which he instructed his team to attack Diwaker’s men at the same time made us stand up and watch the film with full concentration.

Arun Vijay is perfect in his role as an honest officer. His modulation and body language matched him perfectly. Prasanna could literally go to sleep in this role, which is full of prey. However, his character could have been more detailed.

The most disappointing part of the mafia is Priya Bhavani Shankar’s character. It is easily interchangeable in the film. She is featured in the film as Aaryan’s aide, even when the camera is pointed at him. When the focus is finally on her, she falls in love with Aaryan. Throughout the film, Aaryan holds her and Varun in one hand.

This is where Karthick Naren’s inexperience creeps in. While we find that the film is only about the two main characters, the other characters don’t really have to be that easily interchangeable. However, Gokul Benoy’s cinematography and Sreejith Sarang’s editing are a big plus.

Karthick Naren’s mafia could have been a brilliant action thriller if only there had been more redeemable moments with Arun Vijay and Prasanna. Mafia tamil movie review and ratings should not be so exciting.