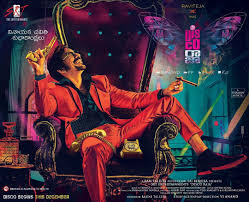 Ravi Teja’s Disco Raja movie review and rating. We do not want degrade or hype movies with ratings. We want to only analyse the movie. Krack movie teaser released starring Ravi Teja and shruti Haasan.

Raviteja was looking for a solid success to revive his career, which has seen a slump with no success in the past three years. Mass Maharaja has put all his hopes on his latest science fiction drama Disco Raja, which has hit the screens today. Let’s take a look at the review

Based on a science laboratory experiment, the brain-dead Vasu (Raviteja) comes back to life, but his memory is cleared. To find his past and family, Vasu locks the horns with MP and goes viral. His family learns from him and also from Sethu (Bobby Simha). What will Sethu know? Can Vasu regain his memory? What is the past that Vasu shares? What did he have in connection with Disco Raj (Raviteja). Why Vasu Disco hates Raj. What happens ultimately forms this film.

It was refreshing to see Raviteja in a subtle role. He tried his best to match the character, but the audience will get the kick when they see him in Disco Raj Character. Raviteja had this character to perfection. One has to talk about his manners and histronics. Raviteja performed three different shades in the film that worked really well.

Bobby Simha steals the show after Raviteja. This national award-winning actor has made Sethu’s character a T. All three heroines, Payal Rajput, Nabha Natesh and Tany Hope, have little to do with history. Payal Pajput has a better role among these three and she did a good job. Sunil has a multi-dimensional character and is doing well. Satya and Vennela Kishore tried to make people laugh and were only partially successful. Ramki is fine. Others have done their job well.

The golden shape of SS Thaman has continued for this film as well. All the songs, including Freak Out, came out really well. His BGM needs special mention. He did 100 percent justice. The cinematography is first class especially in the episode of the snow mountains. Editing is OK. Work of art deserves special mention. Vintage look was created very well in the film. The direction is fine. His focus is more on Disco Raj and less on the story page. The director couldn’t make an emotional connection. Production values ​​are fine. The dialogues are good.

Disco Raja has to do exceptionally well to compete between Sankranthi greats. The film was needed to get extremely positive reports, but that’s not the case at the moment. Disco Raja is your regular revenge drama, covered with science lab experiments. The box office is all about how well Raviteja can lure audiences into the cinemas.