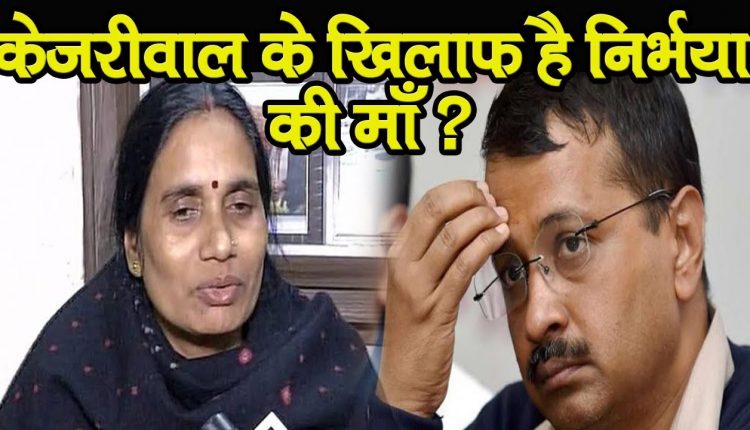 Nirbhaya’s mother Asha Devi says she has no intention of entering politics. She made it clear that she had not met any Congress leader and that the rumors were not true. Asked if she and Delhi CM and Aam Aadmi Party convener Arvind Kejriwal are contesting from the same assembly seat in New Delhi, Asha Devi said: She said that she had no intention of getting into politics and that she wanted justice for her daughter to be executed.

Delhi Congress chief Subhash Chopra also reacted in the same way. Congress leaders have not approached nirbhaya’s mother Asha Devi. “Asha Devi, the mother of a gang-raped and murdered young woman in Delhi in 2012, has seen media reports that she is contesting from the Congress on CM Arvind Kejriwal in the Delhi assembly elections. If she wants to join our party she will definitely be welcomed.

Asha Devi was in deep disappointment as the execution of Nirbhaya case. The ourt has posponed the verdict execution from January 22 to February 2. After the death sentence of Mukesh Singh (32), Pawan Gupta (25), Vinay Sharma (26) and Akshay Kumar Thakur (31), the Delhi court issued another death warrant. కోర్టు Disappointed with court and government decisions. At least hang on deferred date. Or even postpone. The courts and government are postponing the punishment. They are reacting to the requests of convicts. But they are not clear about delivering justice to whom they are demanding justice .