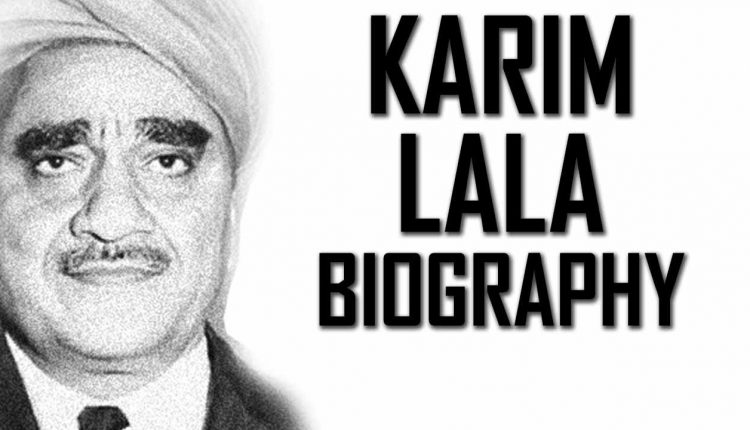 Mumbai : Don Karim Lala was born in Afghanistan in search of work from Afghanistan. He was Pashtun and came to India at the age of 21 in search of work. Arriving in Mumbai (then Bombay) from Peshawar in 1930, he started doing small business but he did not like it.

Karim Lala, the head of Mumbai’s underworld don, Pathan Gang, is again in the news. On Wednesday, senior Sena leader and Rajya Sabha MP Sanjay Raut claimed that former Prime Minister Indira Gandhi used to visit old Don Karim Lala in Mumbai. In politics ranging from Maharashtra to Delhi, this statement of Raut has created panic. It is said that Karim Lala once beaten D Company leader Dawood Ibrahim with kick and bribes. He was the mastermind of criminals in Mumbai before Don Haji Mastan. Karim Lala’s real name was Abdul Karim Sher Khan.

Karim Lala was home-grown and had a great desire to earn more money. For this, he ventured into the world of crime. First, he rented a house near Grant Road station in Mumbai and opened a gambling club called Social Club. On seeing this club, it made its presence felt in Mumbai.

His club used to have many famous Girami Seth from Mumbai to gamble. From where his identity was also started. Apart from gambling, he also tried to smuggle precious jewels, gold, diamonds at Mumbai Port. He earned a lot of money from this business till independence.

The battle for supremacy in Karim Lala, Haji Mastan and Varadarajan.

In those days, Karim Lala, Haji Mastan and Varadarajan were engaged in establishing their supremacy in Mumbai. In view of the damage done to the bloodshed and the business, the three got together and divided the work and the areas. All three started working peacefully in their respective areas. Shortly after two sons of Mumbai Police Head Constable Ibrahim Kaskar, Dawood Ibrahim Kaskar (Dawood Ibrahim) and Shabbir Ibrahim Kaskar joined the gang of Haji Mastan. Both started smuggling business in Karim Lala’s area.

Angered by this, Karim Lal caught Dawood and beat him a lot. Dawood had some how saved his life by running away from here. However, later once again Dawood started a business in the area of ​​Karim Lala. After which Dawood’s brother Shabbir was killed by the Pathan Gang in 1981 to teach Dawood a hard lesson. Dawood then murdered Karim Lala’s brother Rahim Khan in 1986.