Shocking! The vulture population in India is dwindling from 4 crore to less than 4 lakh 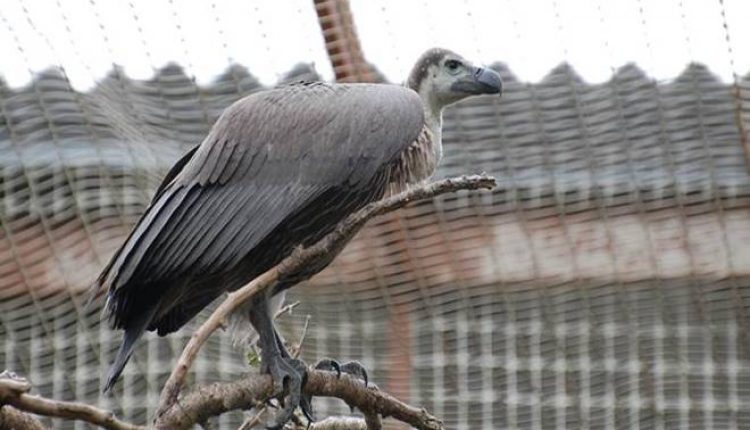 Shocking! The vulture population in India is dwindling from 4 crore to less than 4 lakh

“The conference will address the problem of the decline of the vulture population. In India, vultures died after eating dead cattle given the drug diclofenac and their population decreased from 4 crore to less than 4 lakh. We are trying to get one Reviving the population, “said Javadekar.

The population of vultures in the country has declined sharply from four million to less than four lakhs in three decades, Union Environment Minister Prakash Javadekar said on Monday. Speaking at the curtain up for the upcoming 13th Conference of the Parties (COP 13) to the United Nations Convention for the Conservation of Migratory Species of Wildlife (CMS) to be held next week in India, he announced that the veterinary medicinal product would use “diclofenac”, to treat cattle lead to the death of the vultures after they consume the dead animals.

Diclofenac drug is under ban in India.

“The conference will discuss the problem of the decline in the vulture population. In India, vultures died after eating dead cattle treated with diclofenac. Their population decreased from four million to less than four lakhs. We are trying to revive the population, ”said Javadekar. Soumitra Dasgupta, Inspector General of Forests of the Environment Ministry, said the drug had been banned and the vulture population is now picking up again. One environmental expert reacted sharply to the ministry’s allegations, saying that the drug was still to be banned, while another said the enforcement effectiveness was patchy. “It is true that this drug” Diclofenac “is the main cause of vulture death, but it has not yet been banned. The drug has been in ban only in Tamil Nadu, but not across the country. This is cause for concern,” the environmental activist and advocate of Gaurav Bansal told.

Another environmentalist, Dipankar Ghosh of the World Wide Fund (WWF), an international wildlife organization, it is in use openly despite a ban. “The vulture population in India and other parts of South Asia has decreased mainly due to diclofenac poisoning. The government has banned the sale of the chemical for veterinary purpose. Some people still use it in high doses for cattle. That has to stop.

Vulture hatcheries and their feeding grounds need to be secured

During the press conference taking place here, the minister designated COP 13. This is to take place in Gujarat from February 15 to 22. It represents an important step towards the conservation of wildlife. Prime Minister Narendra Modi will open COP 13 via video conference on February 17.