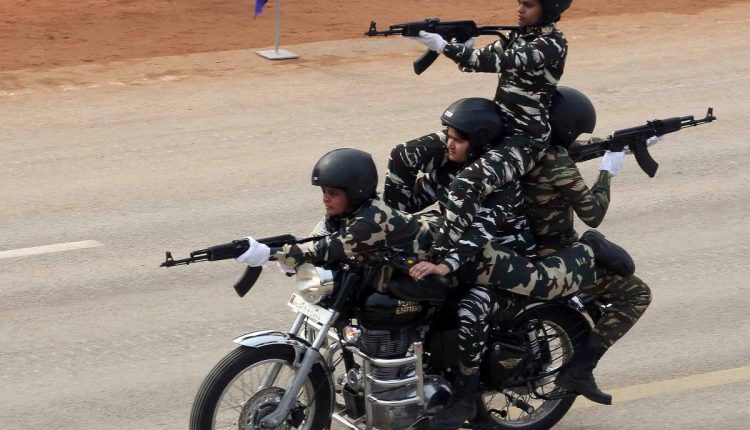 This time you will get to see something new in the Republic Day parade. So far you have only heard that there is a ‘Dare Devil’ squad of women in the CRPF. This is the first time that on 26 January, the squad will show its bravery feats in front of the country. In the Republic Day parade, CRPF’s Daredevil women will perform various dangerous stunts on the bike.

These include pistol position on the bike, rifle position, beam roll, climbing the ladder on the bike moving at high speed, pyramid and many other amazing feats. Dare Devil Squad will be led by Inspector Seema Nag of Rapid Action Force.

The Republic Day parade was attended by the marching squad of CRPF last year, but did not include the Dare Devil Squad of women. The Dare Devil Squad was formed during the year 2014 in this force. It includes several personnel of the first armed battalion of CRPF.

Explain that this armed women’s battalion has been established for the first time not only in India but also in Asia. Many women of this squad have shown their bravery in the militant-hit area of ​​Jammu and Kashmir and the Naxalite region. On Republic Day, 65 Dare Devil women of this squad will perform amazing feats.

Till now most of the men have shown such tricks. The CRPF currently has six women battalions. They have been deployed in various parts of the country. During the 2001 Parliament attack, a jawan of CRPF Women’s Battalion was awarded the Ashok Chakra. After that, many other women soldiers have also received various medals due to bravery. Along with this, the sports sector has also flagged the success of this force.

Jair Bolsonaro is the main guest on Republic Day 2020 at Red fort.