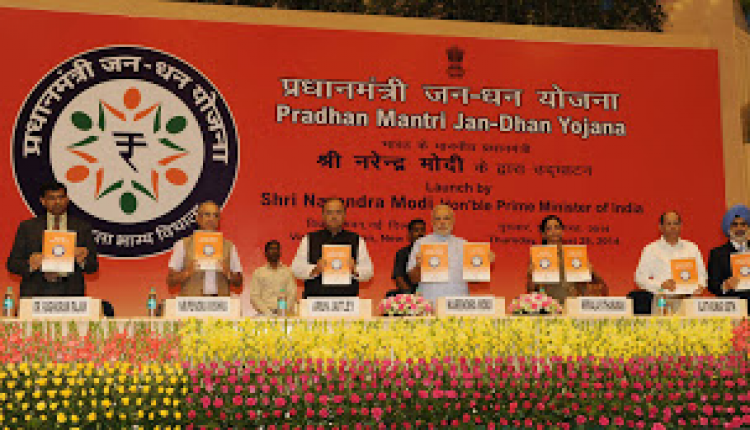 Pradhan Mantri Jan Dhan Yojana (PMJDY), one of the world’s largest financial inclusion initiatives, was announced on August 15, 2014 by Prime Minister Shri Narendra Modi from the city walls of the Red Fort. When the program opened on August 28, the Prime Minister described the opportunity as a festival to free the poor from a vicious circle. Shri Narendra Modi was referring to the old Sanskrit verse: Sukhasya Moolam Dharma, Dharmasya Moolam Artha, Arthasya Moolam Rajyam – which is the state’s job to involve people in economic activities. “This government has assumed this responsibility,” said the prime minister, and the government has delivered on its promise in record time. The same scheme in short is being called pm jan dhan yojana. Pradhan Mantri Jan Dhan Yojana is a national financial inclusion mission that takes an integrated approach to achieve comprehensive financial inclusion and provide banking services to all households in the country. The system secures access to a range of financial services such as the availability of a basic savings account, access to needs-based loans, transfer options, insurance and pensions. Guinness World Records has also recognized the success of Pradhan Mantri Jan Dhan Yojana. It has been confirmed that most bank accounts opened within a week as part of the financial inclusion campaign are 18.096.130 and are managed by the Indian Treasury. Contrary to the original goal of opening bank jan dhan accounts of 7.5 billion rupees for uncovered households by January 26, 2015, the banks had already opened 12.54 billion rupee accounts as of January 31, 2015 after opening one Survey among households with 21.06 billion rupees with deposits of more than 10,000 billion rupees. The goal was set according to a survey of 21.02 million households in the country. Almost 100% coverage was achieved today. Of the accounts opened, 60% are in rural areas and 40% in urban areas. The proportion of female jan dhan account holders is 51%. Pradhan Mantri Jan Dhan Yojana provides a platform for universal access to banking facilities with at least one basic bank account for every household, financial knowledge and access to credit, insurance and pension facilities. It covers both urban and rural areas, and those who open an account receive a local debit card (RuPay card). The account can be opened in any bank branch or branch of a business correspondent (Bank Mitr) with a balance of zero. Every bank account is in the core banking system (CBS) of the banks. Mobile banking with the USSD function, which is also available for phones with basic functions, is also supported. A facility with a call center and toll-free number is available nationwide. With PMJDY, the goal of financial inclusion for everyone is achieved by equipping basic bank accounts with a debit card with integrated accident insurance. The main functions of PMJDY include Rs. 5,000 overdrafts for Aadhar accounts and a RuPay debit card with integrated Rs. 1 lakh accident insurance. In addition, accounts opened between August 15, 2014 and January 26, 2015 have life insurance coverage of 30,000 rupees for eligible beneficiaries. One of the outstanding features of Pradhan Mantri, Jan Dhan Yojana, is that the account holder is entitled to an overdraft amount of up to Rs 5,000 after a remaining activity period of 6 months.The program provides a financial literacy improvement program aimed at increasing financial literacy at village level to improve understanding of the whole mechanism. The mission also provides for the expansion of direct power transfer (DBT) under various government regulations on recipient bank accounts. The Kisan credit cards (KCC) are also linked to the RuPay platform. For the second phase of the program, microinsurance for the population and unorganized pension systems such as Swavalamban through business correspondents have also been included. The Pradhan Mantri Jan Dhan Yojana has a structured monitoring mechanism from the central to the district level. At the center, the finance minister, together with a steering committee and a mission director, act as the head of the mission. The program is monitored at the state level by a state implementation committee and in the districts by a district implementation committee. So Pradhan Mantri Jan Dhan Yojana is not only an important example of governance in mission mode, but also shows what a government can achieve if it works for the good of the people who elected them to power.