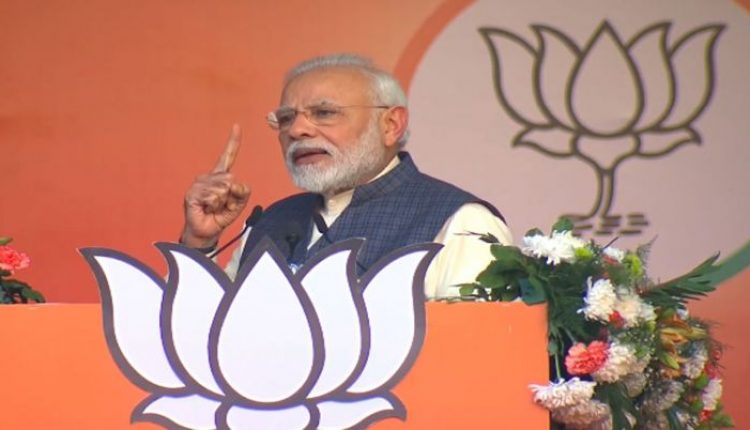 Prime Minister Narendra Modi announced Wednesday that confidence would be built to build a Ram temple in Ayodhya. This is as ordered by the Supreme Court in its landmark ruling in the Ram Janmabhoomi-Babri Masjid case last November. Before the Lok Sabha, the prime minister said, “We have prepared a plan for the development of the Ram temple in Ayodhya. The Govt of India has has established a foundation called ‘Sri Ram Janambhoomi Tirath Kshetra’.”

Prime Minister Modi said that there is the ruling on the Ram Janmabhoomi problem. People in India showed remarkable confidence in democratic processes and procedures. “I greet the 130 Crore people in India,” he added.

“Let us all support the construction of the great Ram temple in Ayodhya,” he said, calling “Jai Shri Ram” from the government banks. Ayodhya news

He went on to say, “In India, be it Hindu, Muslim, Sikh, Christian, Buddhist, Parsnian or Jain, everyone is part of a family. Development must take place for every family member. Our government is advancing with” sabka sath sabka vikas’ policy so that everyone is happy. “

A fifth of the Supreme Court ruled unanimously in favor of Ram Lalla in November. Govt trust will take over the entire controversial land, spanning 2.7 hectares. The government-founded trust that will oversee the construction of the Ram Temple on the site. The court had asked the government to give the Sunni Waqf board in Ayodhya 5 acres of land to build a mosque.

The winter budget session of Parliament is on. PM Modi made this crucial announcement. We are heading to assembly elections in Delhi on Feb 8th. Have to see if this statement and shaheen bagh protests have any impact.