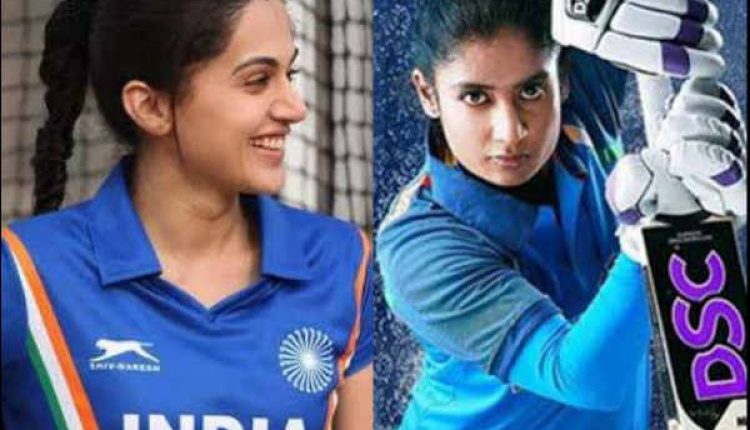 Want to see the first look of MGR in Thalaivi you can find it right here in the same blog.

Padma Shri and Arjuna award rewarded to her.

Mithali Raj is popular as the captain of the Indian women’s cricket team for tests and ODIs. She gained recognition by the Padma Shri and Arjuna Awards. She is one of the greatest bat women who have ever played the game. Mithali is the best run scorer in international cricket for women. She is the only female cricket player to surpass the 6,000 run mark in WODIs.

She is the first player to score seven consecutive 50s in ODIs.

Raj also holds the record for most half a century in WODIs (Women’s One Day International). In June 2018, she was the first Indian (male or female) player to score 2,000 runs in T20Is. She was also the first female cricket player to achieve WT20I runs in 2002.

Raj is the only male or female player who has defeated India in more than one ICC ODI World Cup final, twice in 2005 and 2017. On February 1, 2019, Raj was in the Indian series against New Zealand Women play the first woman in 200 ODI matches. In September 2019, she announced her retirement from T20Is to focus on ODI cricket. Former captain Mithali Raj was the first woman to complete 20 years of international cricket.

Taapsee dominates the first-look poster with the blue Indian jersey.

The team has announced the Biopic Shabaash Mithu earlier on Wednesday, January 29, 2020. Mithali Raj has released the first look from the film with Taapsee Pannu. The film, directed by Rahul Dholakia, will be released on February 5, 2021. Taapsee dominates the first-look poster with the blue Indian jersey. She bears a wild and determined expression when it is on the field.

In her post, Taapsee reminded everyone of Mithali Raj’s epic answer to a sexist question in 2017. “I was always asked who is your favorite cricketer?”, But you should ask her who her favorite cricketer is Every cricket -Lover had to stop and think whether he loves the game or the gender it plays. “She added,” Mithali Raj, you are a game changer. “