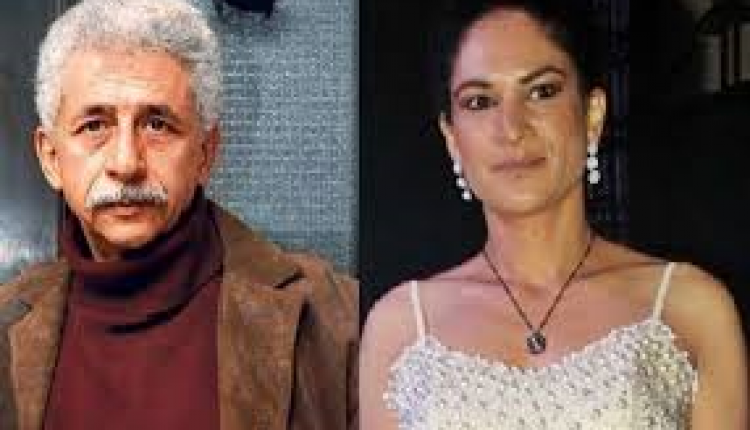 The daughter of Naseeruddin Shah, Heeba Shah, attacked two female veterinary clinic workers on January 16. The incident was recorded in a surveillance camera in the clinic.

The daughter and actress of Naseeruddin Shah, Heeba Shah, attacked two female employees of a veterinary clinic in Mumbai on January 16. The police in Versova, Mumbai, have registered an undetectable crime against Heeba.

A security camera in the veterinary clinic captured the incident. The footage was handed over to the Versova police.

Heeba has reportedly brought two of her friend Supriya Sharma’s cats to the Feline Foundation’s clinic for sterilization.
Speaking to Mid Day, Mriidu Khosla, a trustee of the foundation said: “On January 16, at 2:00 p.m., the actress Heeba Shah came to our veterinary clinic for sterilization with two cats. Our caretaker asked her to wait 5 minutes after 2-3 minutes While waiting, she said aggressively to our employees: “Don’t you know who I am? How can you keep me waiting so long without help? Why didn’t anyone help me get my cats’ cage out of the rickshaw when I arrived? “

Mriidu added, “A manager asked her to leave the premises with her cats after she started insulting us for no reason. She also hit and attacked two female employees. The physical abuse was tough, extremely violent, and troubling to say the least. “

Heeba agreed to hit the employees, but accused them of starting the fight. Speaking to the news portal, she said, “I met them but they started. The gatekeeper did not allow me to enter the clinic and asked several questions. I told him I had an appointment. In the clinic, when I was there.” The guard told her about the security guard, she also started scolding me and speaking rude. Then one of the women urged me and asked me to leave the house immediately. This is not the way to speak to someone who visits the clinic. The woman in the clinic started arguing with me. Clinic staff should speak politely to customers visiting their clinic. “

Heeba is Naseeruddins daughter of his first wife Parveen Murad.