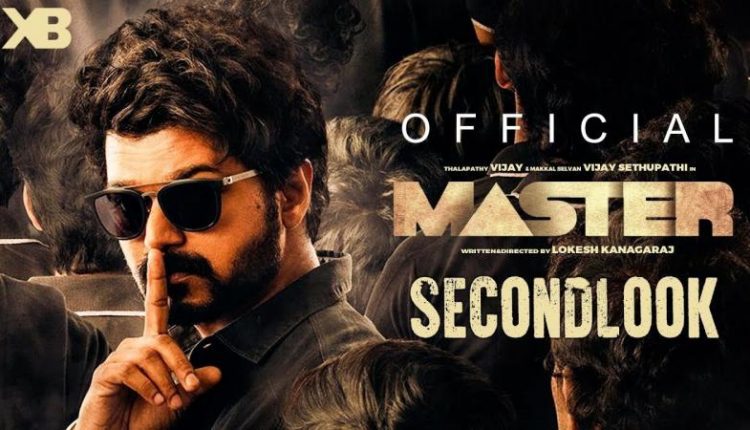 Master is an upcoming Tamil-language action thriller in 2020. Lokesh Kanagaraj wrote the script and he is also directing the “Master” movie. Xavier Britto is in production process under the banner of XB Film Creators. This is the company’s first production. The film plays Vijay in the title role, while Vijay Sethupathi plays as an antagonist and the rest of the cast in other supporting roles. Anirudh Ravichander composed the music for the film.Sathyan Sooryan and Philomin Raj performed Camera and editing respectively. The film is should release on April 9, 2020 as per the news now. The XB Film Creators have announced on December 31, 2019. Check the master second look poster.

After Diwali met ‘Bigil’, Vijay went on to his next project with director Lokesh Kanagaraj. “Master” is the title of the film. Team has released first look poster with the actor Vijay on the occasion of the new year. Now the makers of “Master” have unveiled a second poster of “Master” with Vijay, and the audience are recieving the master second look poster with heavy josh and excitement.

Thalapathy Vijay is seen among a group of people stylishly silencing them. On the occasion of Pongal, the creators published the second “Master” poster as a reward for the fans. However, fans of Vijay Sethupathi, who longed for his film, his absence in the earlier poster was disappointing to the fans.