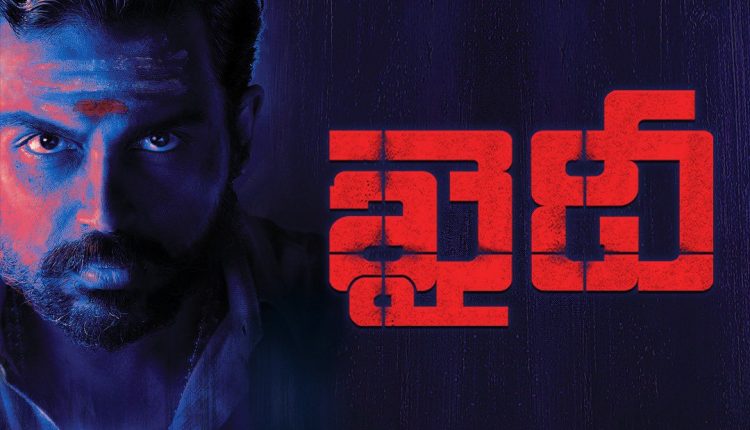 Khaidi is a 2019 Telugu film starring Karthi. Lokesh Kanagaraj was called an action thriller and led this project. Narain and Dheena played a central role in the film. The film’s Tamil title is Kaithi. Without the songs, the film made huge box office sales, which is a good move. The effective way of telling a story becomes clear in this film.

The Khaidi karthi movie was released on October 25, 2019 during the Diwali season and was highly praised by critics. The edge of the seated action sequences, powerful performances, committed writing and outstanding background music made the film a great success. Now the film had its world premiere in the OTT app ‘Aha’. The film is now streamed in the Aha app and all premium subscribers can stream the film online.

The film is about Dilli (Karthi), a recently released prisoner who is on the way to meet his daughter for the first time in her life, but eventually gets involved in a cat-and-mouse game between police and criminals.

Director Lokesh is currently working with Vijay on the film master, and after completing this, he could think of the story for the sequel to the film.