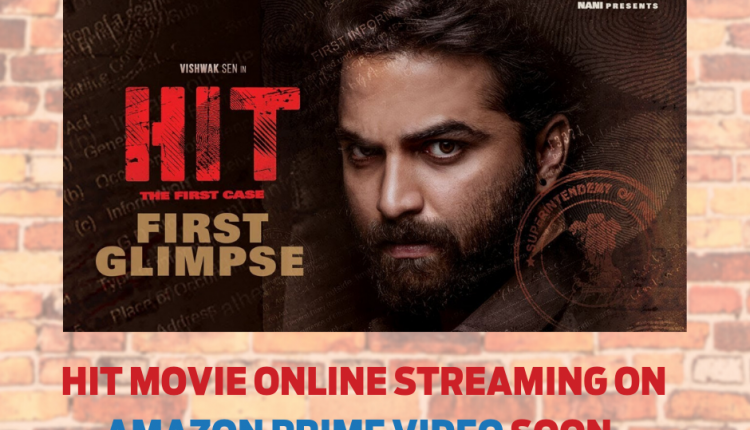 Telugu film industry is now a days finding new trends. Our directors and movie makers are not afraid of experiments. Actually, this is a healthy sign. We can expect good quality movies in different lines. The Recent hit movie HIT is an good example for this. It is a suspense thriller. It has some mind blowing content, turns and twists. Hit the first case name itself tells some thing.

The famous and well-known Telugu and Tamil actor Nani is also promoting the film on a large scale, from the initial promotions to the final release date. he promoted it. This is another factor that worked for the film.

Hit stands for Homicide Investigation team. The first in this Hit series. The director prepared the script well. He picked the right mix of technicians and cast for the film. Right from the begining just you sit calm and get involved in the proceedings.

It grabs your attention immediately after the titles. Director did not waste time in establishing characters. As the investigation goes audience too feel tension and curious about the safety of Preethi.

Vikram (Vishwak Sen) is an effective and smart investigative officer who fights to deal with post-traumatic stress. You get panic attacks every time you remember your past. He is especially feels interest in a case involving the kidnapping of an 18-year-old Preethi. When he does so, he triggers to his past memories. Check out other movies on amazon prime till then.

In conclusion, Hit is the second best opening film of young actor Vishwak Sen’s career. Considered a crime thriller, the protagonist of Vishwak Sen Hit has got a good response from movie lovers. According to the merchants’ report, the movie Hit has grossed Rs 3.57 Cr Shares at the box office in Telugu States: Andhra Pradesh and Telanagna after the successful run of its first weekend