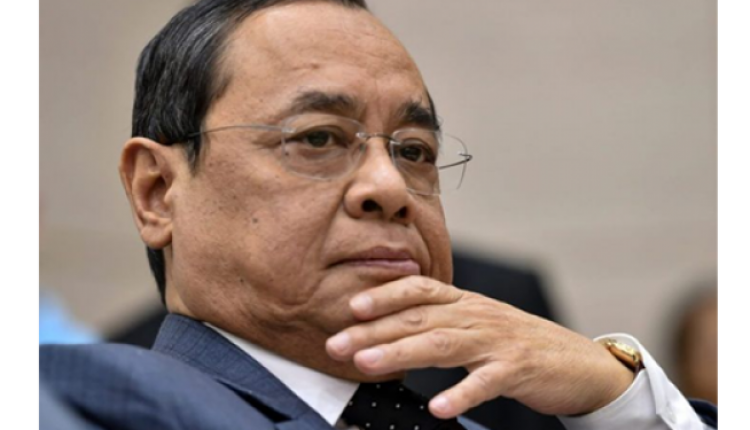 New Delhi: Former Supreme Court Chief Justice (CJI) Ranjan Gogoi has been claimed by a woman employee accused of sexual harassment. The govt has now reinstated her in her earlier job.

According to the report of a News magazine , women employee has returned to work after being reinstated by the Supreme Court. However, she has gone on leave but soon she will join duty. They have also given her all her arrears (arrears of salary).

The internal committee comprising Justice SA Bobde, Justice Indu Malhotra and Justice Indira Banerjee investigated the complaint of the woman employee, in which no facts  were found in her allegations and the former CJI was given a clean chit from these allegations .

In a notice issued on 6 May 2019 from the office of the Secretary General of the Supreme Court, it said, ‘The Internal Investigation Committee did not find any basis for their allegations in the complaint filed on 19 April 2019 by a former Supreme Court employee.’

On giving a clean chit to the CJI by the internal committee of the court, the complainant woman said that she is very  disappointed and frustrated  .

It is known that a former Supreme Court employee wrote a letter to 22 judges of the Supreme Court alleging that he was sexually assaulted by CJI Justice Ranjan Gogoi in October 2018.

The 35-year-old woman was working in the court as a junior court assistant. She said that she, her husband and family are suffering the consequences of this after opposing the ‘objectionable behavior’ by the Chief Justice.

A few days after the hearing of the case started, the Victim refused  to appear before the committee, describing the internal committee atmosphere as scary  .

The complainant woman had decided not to appear before the committee further, raising several objections, including not allowing her lawyer’s presence in the court.

The women employees were not involved in the proceedings of the inquiry committee, saying that they were not allowed legal representation. Later, the woman expressed disappointment over the decision of the committee.

After the matter came to light, the office of the Secretary General of the Supreme Court issued a statement, dismissing these allegations outright and termed them completely false and baseless.

The woman alleged that her husband and brother-in-law posted in the Delhi Police were also suspended.

However, in June 2019, her husband and brother-in-law were reinstated by Delhi Police .

At the same time, a fraud and criminal case was registered against the woman in March 2019. He was accused that he had taken money from a person in the name of getting a job in the Supreme Court .