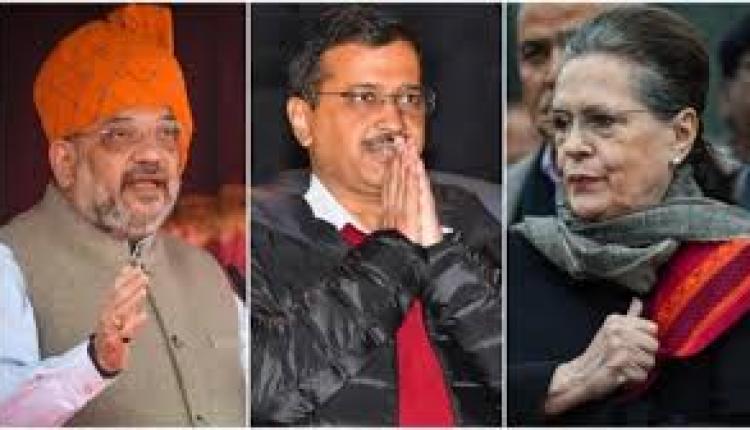 New Delhi: There is less than a month before the Delhi general election. The Aam Aadmi party, led by Arvind Kejriwal, has named candidates for all 70 seats in the state capital. Of these, 46 legislators are repeat candidates.
The document issued by the Party’s Political Affairs Committee named Manish Sisodia as a candidate from Patparganj. It named Satyendra Jain from Shakur Basti, Jitendra Tomar from Tri Nagar, Jarnail Singh from Tilak Nagar, Atishi from Kalkaji and SK Bagga from Krishna Nagar. While 15 of them turned out to be MLAs, six new names were announced.

Chief Minister Arvind Kejriwal will run from the New Delhi constituency. “Best wishes to everyone. Don’t be complacent. Work hard. People have a lot of trust in AAP and you. God bless you,” he tweeted after releasing the list was this evening.

The election commisson has scheduled the assembly elections in Delhi. The polling date is February 8 and the votes will be counted three days later. The election commission has already enforced the exemplary code of conduct for the elections. According to which the ruling AAP will oppose Congress and a resurgent BJP.

“Up to 46 seated MLAs have received tickets, AAP has replaced 15 seated MLAs. While last six women received tickets from AAP. We have now issued eight tickets,” quoted the news agency ANI Manish Sisodia, who also serves as deputy Cheif minister from Delhi, as I said.

Congress has finalized 14 assembly election candidates. The party says the names will not be released until after AAP and BJP have made their respective statements. The BJP is expected to publish its list later this week.

AAP had clearly survived the 2015 parliamentary elections and allocated 67 seats to leave the BJP with only three. The congress that ruled the state capital from 1998 to 2013 closed a gap.