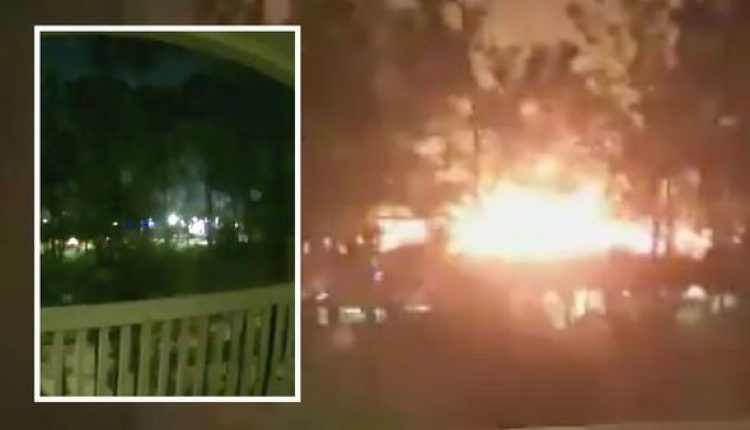 The city of Houston, Texas, USA was rocked by a massive explosion on Friday from the Sunrise. The cause of the blast is not yet known. Two employees were injured in this blast. The explosion was so strong that the windows of the surrounding houses were broken.
The explosion occurred in the compressed liquid gas tank of the Watson Grinding and Manufacturing Unit, and such explosions often rocked buildings up to several kilometers away. The accident is being investigated.

The owner of Watson Grinding has also confirmed the blast. He said that this accident occurred due to explosion in this propline gas, in which two employees were injured. One of them had to be taken in an ambulance.

According to the information, the incident occurred at around 4.15 am local time. The blast was captured by a camera mounted on the window of a house. In a video posted on social media, a fireball is seen after the explosion.

A woman living a short distance away from the site said that her entire roof had collapsed. He felt that some celestial lightning had fallen, but later understood that there was no storm.

City officials said the blast occurred about 18 miles northwest at about 4:15 am local time in the 4500 block of Gesner Road.