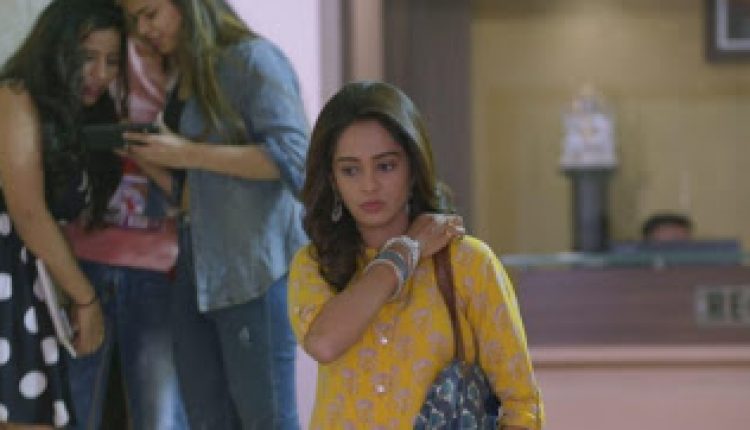 In the previous episode of Kumkum Bhagya, the college’s principal decides to shut down Prachi for her MMS scandal. He informs the University Council that they will announce this decision as soon as Abhi has reached the meeting. The headmaster calls Pragya to inform them of his decision. Prachi finds out that Ranbir has also seen her MMS and is upset. She goes home crying with Shahana. When Pragya reaches college, Rhea pretends to be innocent and informs Pragya of the MMS clip. Abhi is also in college at the same time. He sees Pragya and tries to speak to her, but is distracted when he finds Sanju nearby.

kumkum bhagya on zeetv video serial next episode preview.As of tonight, Prachi locks herself in her room and doesn’t let anyone in. Pragya arrives at home and persuades her to open the door. Prachi refuses to go back to college after what she’s been through. Pragya persuades her to go back and prove that she wasn’t the girl in the MMS. Pragya decides to go with Prachi to support her. She tells the latter that she (Prachi) has to fight for her own respect and for the values ​​with which she was brought up. Prachi decides to fight everyone. Ranbir wonders who made the Prachi MMS. He remembers telling him that she saw another girl in the same clothes that she (Prachi) had worn the day before. The next morning, Ranbir fights and beats up his own friend for watching Prachi’s video. Prachi prevents Ranbir from fighting and asks him not to beat anyone up. He rejects this. Ranbir goes to class and his friend gives him a chance to apologize. When Ranbir refuses, the friend calls the police and arrests him. The friend says his father is a politician and Ranbir will never be released. Prachi goes to the director’s office and tells him that she wants to leave college. She comes out and sees Ranbir walking in the police jeep. Prachi scolds anyone who judges her without finding out whether the video has been transformed or not. Rhea finds out that Ranbir was arrested and taken away from college. She is shocked to find out that Ranbir was jailed for Prachi. Prachi goes to prison and meets Ranbir. She asks him why he continues to fight for her. Ranbir almost tells Prachi that he loves her, but holds back. He says that he knows Prachi and that she is important to him. She tells him that he doesn’t have to fight for her because she left college. Will he convince Prachi to change her decision? Stay tuned to find out.