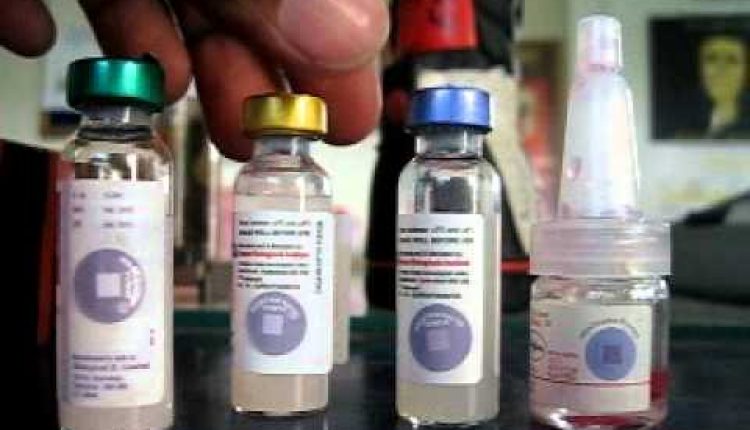 Full form of VVM : A Vaccine Vial Monitor (VVM) is a thermochromic label on a vial of vaccines that visually indicates whether the vaccine has been stored at a temperature that maintains its effectiveness. The labels were developed to solve the problem of delivering vaccines to developing countries where the cold chain is difficult to maintain and where vaccines were previously inactivated and ineffective because they were denatured by exposure to ambient temperature.

When international standards for vaccine care were developed in the 1970s, the manuals usually referred to the care needs for the oral polio vaccine because it was the most sensitive vaccine used widely.

In the 1970s, PATH began working with the WHO to develop a system for identifying vaccines that have expired after improper storage. The vaccine monitor was first used in a vaccine project in 1996, and was widely accepted for many vaccine projects the following year.

In 2007 the World Health Organization in Geneva celebrated the 10th anniversary of the introduction of VVM. In 2007 PATH won a tech award for the development of the VVM.

Use or benefits of VVM.

The vaccine monitor consists of a heat-sensitive square within a circle. When exposed to heat, the monitor changes color over time and at higher speeds in hotter conditions. If the square is the same color as the circle or darker than the circle, the vaccine in the vial is damaged and the vial should be discarded. Full form of VVM.

Studies have shown that health workers who do not have appropriate training sometimes do not understand what a VVM is or how it works. A 2007 study in urban areas of Valsad, India found that the vaccine administrators did not know the purpose of the monitors.

The vaccine monitor is intended for use with vaccines that may migrate outside the cold chain. However, use with certain vaccines has been particularly noticeable.

Manufacturers recommend storing hepatitis B vaccines at 2-8 ° C, but the vaccines tolerate environmental conditions and even high temperatures for some time. The use of vaccine vial monitors has helped health workers remain confident that vaccines will be stored out of the cold chain.

The World Health Organization has described VVMs as crucial for the proliferation of polio vaccination programs.

Electronic time-temperature indicators can track all temperature changes, including problems with frozen vaccines that would not be recognized by heat-sensing VVMs.