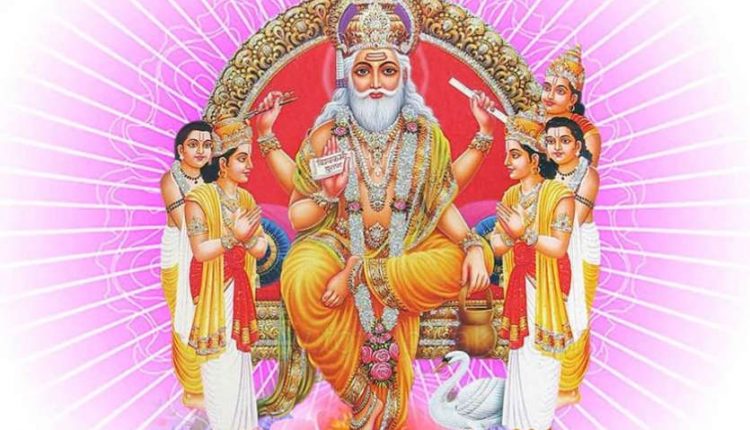 Today is Vishwakarma Jayanti. Our grand fathers call Lord Vishwakarma to be the world’s first engineer and architect. Religious belief is that he created Indrapuri, Dwarka, Hastinapur, Swargalok, Lanka, Jagannathpuri, Trishul of Lord Shankar, Sudarshan Chakra of Vishnu. Vishwakarma is the son of Vastu Dev. We believe it so. Today is the birth anniversary of the creator Vishwakarma. We celebrate throughout India. On this occasion, we are talking about such craftsmen of the city who have dedicated their creation in the interest of the country and society.
According to mythology, this entire universe has also been created by Vishwakarma ji. In the 121st verse of the 10th chapter of the Rig Veda it is written that the earth, sky and water were created by Vishwakarma ji. According to Vishwakarma Purana, Adi Narayan first created Brahma ji and then Vishwakarma ji.

Lord Shiva considered building a palace for Mata Parvati. Vishwakarma gave the responsibility for this, then Lord Vishwakarma made the gold palace. Lord Shiva called Ravana to worship this palace. But Ravana was so happy by seeing the palace that after worship he asked for the palace as Dakshina. Lord Shiva handed over the palace to Ravana and went to Mount Kailash. Apart from this, Lord Vishwakarma also built the city of Indraprastha for the Pandavas. Vishwakarma was also the construction of Hastinapur of Kaurava dynasty and Dwarka of Lord Krishna.

In the morning, devotees place the idol of Lord Vishwakarma and worship him. Worship all tools and distribute offerings in construction and machine factories.