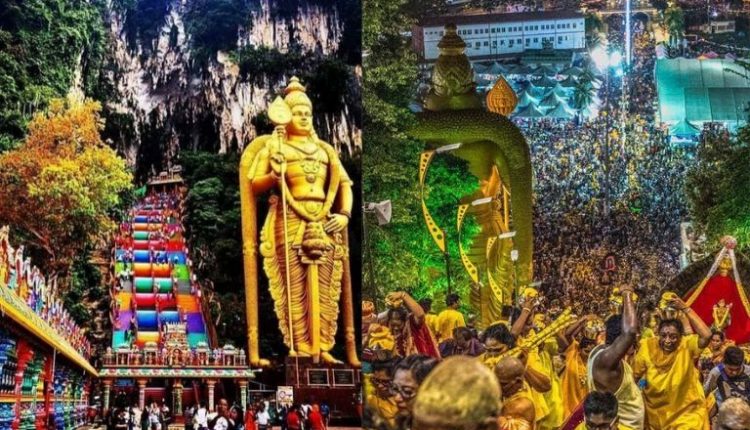 What is the highlight of the Thaipusam 2020 festival?

Lord Thirupuzha is celebrated on the 8th of February 2020, on the 25th of the month of Thai Pooja. Since the Pooja Star starts tonight at 7.55pm on February 7th, it is a good idea to follow the rules of what to look for during fasting.

we celebrate Lord Thirupuzha on the 8th of February 2020, on the 25th of the month of Thai Pooja. Since the Pooja Star starts tonight at 7.55pm on February 7th, it is a good idea to follow the rules of what to look for during fasting.

In
the battle between the gods and the demons, the gods could not win the demons. The goddesses appealed to Lord Shiva, who did not know what to do to defeat the monsters that often plagued them.

They prayed to Eisen that he needed a powerful leader who could lead the battle with the monsters. Kandan is the embodiment of the compassionate Emperuman, his personal companion and forehead.

Six sparkles emanating from the forehead became six beautiful children. The Woman brought up the children. He then emerged sixth.

It was on this day of the dazzling day that Lord Guru gave to Lord Murugan who was standing on the Palani hill in the Andy Kollam.

This is why we celebrate Palini more fiercely than the other six houses of Lord Murugan.

According to legend, Parvati destroyed the demons with the wisdom of Goddess.

Thaippoosam day waking up in the morning, cleaning the house, bathed, dressed forehead tiruniru a fast start. From morning to evening, you can read songs from the morning to evening worshiping the deities of the house, especially the worship of Lord Muruga Perumana, Kanda Kantha Sashti Kavasam, Kandharankaram, Kandharanuputhi, Thirumurukarupatti, Thirupugazhi, Kanda, Kalivenpa.

People who go to work early in the morning can go to work, worshiping Lord Murugan. Whatever works, it is good to do the same thing as pronouncing ‘Om Saravanabhava’.

Those who are fasting can take both milk and fruit in the morning and afternoon. In the evening, it is advisable to go to the nearby Murugan Temple and worship Lord Murugan. You can take the offerings there.

If you can, you can go to the temple in the morning and evening and worship Lord Murugan.

You can participate in events such as fasting and milking of milk for Murugan.